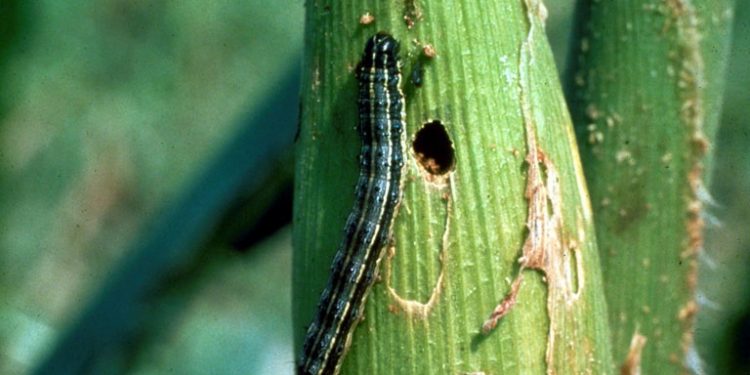 Mizoram Agriculture Minister C Lalrinsanga on Tuesday said that a pest named Fall Armyworm has damaged maize cultivation over 1,745 hectares of land in the state leading to a loss of Rs 20 crore.

He revealed that over 122 villages in the state have been affected by the sudden appearance of the pest in large numbers.

The Centre has been informed about the large scale damage of maize crops which was first detected in Lunglei district on March 8.

Efforts are being made by the state government to prevent further outbreak of the pest and to recover the massive damage of the maize crops.

A rapid response team has been formed by the state government to inspect the amount of damage caused and to take measures to mitigate the loss of the crops. Chemical pesticides are also being used to destroy the pest.

The State Agriculture Department had sent warnings to all the District Agriculture Officers on February after being alarmed by the Centre that there might be an outbreak of the Fall Armyworm pest in Mizoram.

The Fall Armyworm or Spodoptera frugiperda is an insect which has been reported to cause large scale economic destruction of crops during the onset of the summer season.

Being a nocturnal pest, it hides under maize leaves at daytime and is difficult to detect.