MNF registers victory in Mizoram, returns to after a decade 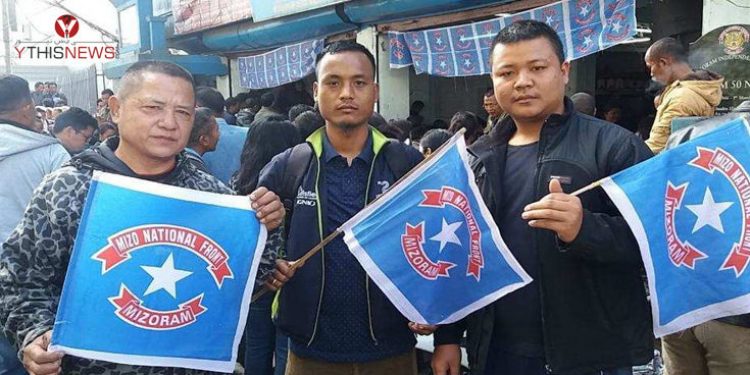 AIZAWL: Securing an absolute majority in the 40-member Mizoram Assembly, the MNF on Tuesday returned to power after a decade, crushing the Congress and ousting it from power its last bastion in Northeast.

The MNF, which got only five seats in the 2013 Assembly polls, secured 21 seats and was leading in five more while the ruling Congress won only five seats.

The Congress had taken power in the state in both 2008 and 2013 elections. Itwon 34 seats in the last election.

The BJP made its entry into the Mizoram Assembly winning the Tuichawng seat.

Buddha Dhan Chakma, a Minister in the Congress government, who just before the November 28 polls joined the BJP, won in Chakma tribal-dominated Tuichawng constituency defeating his MNF rival by 1,594 votes.

Five independents won and three others were leading.

The BJP had undertaken intense efforts to oust the Congress in Mizoram after forming governments on its own or in alliance in the others in the Northeast.

However, both the BJP and MNF fielded candidates separately in 40 and 39 seats respectively this time.