MNF upbeat on forming next government in Mizoram; Zoramthanga set to be next CM 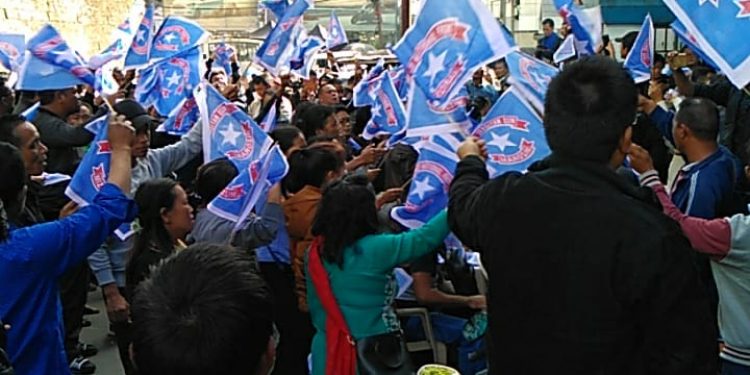 AIZAWL: Jubilation rules the roost in Aizawl, the capital city of Mizoram, as well as other parts of the State as Mizo National Front (MNF) begins celebrations of poll victory.

Even as the counting of votes for the Assembly elections held in the State on November 28 last is drawing for a close, the MNF has already wrested 14 seats and is leading in as many as nine constituencies.

The ruling Indian National Congress got ruthlessly ousted in its last bastion of the north-eastern region, where anti-incumbency wave was at its strongest.

Lal Thanhawla’s dream of a record three consecutive terms was shattered to the core as the mandate was clearly against the grand old party bogged by several corruption allegations over the last few months of its second term in office.

The vote share of Mizo National Front is 38 per cent, and that of Congress is 30.7 per cent,according to official reports.

In the last Assembly elections in 2013, the Congress had won a record 34 seats as against MNF’s meager five seats, while others getting a lone seat.