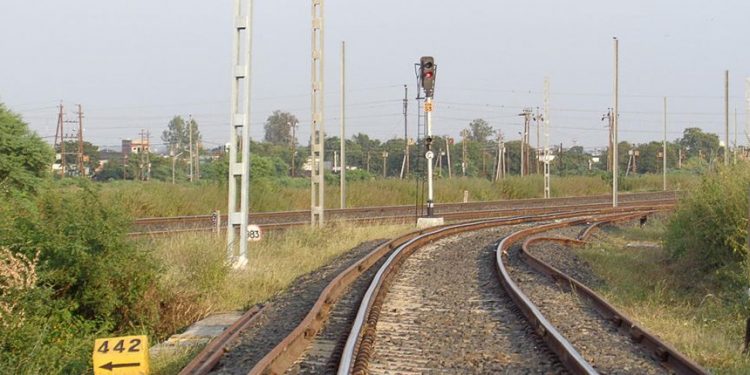 An indefinite strike has been called by a group of Mizoram land owners from Wednesday in areas affected by the construction of broad gauge railway between Sairang and Bairabi over compensation row.

Sihhmui village council president J Laltlanthanga said certain land owners from Sairang and Sihhmui villages near Aizawl have asked constructing agencies not to continue with their works within the jurisdiction of additional lands acquired for construction of BG line between Sairang and Bairabi.

He said the strike comes into effect from Wednesday and would continue till compensations are paid to the affected families.

He said more than 70 families, whose lands have been damaged by the ongoing railway construction, have not been paid till date.

Accordingly, the strike was clamped only in additional land acquisition areas in and around Sairang and Sihhmui and not other sites along the railway line.

He said that the Union Ministry of Railways delayed and failed to compensate the families for their lands.

He said compensation for lands, which were acquired additionally for the Bairabi-Sairang railway was processed in 2016 and the deputy commissioner of Aizawl district had proposed the award of compensation in accordance with Railway Act 1989 last year.

He added that the indefinite strike will be called off once the Railway Ministry compensates them for their acquired lands as per the award made by the deputy commissioner.

The construction of a 51-km broad-gauge line between Sairang near Aizawl and Bairabi bordering Assam began in 2015 and was scheduled to be completed by 2022.

The railway line will include seven bridges and 23 tunnels.