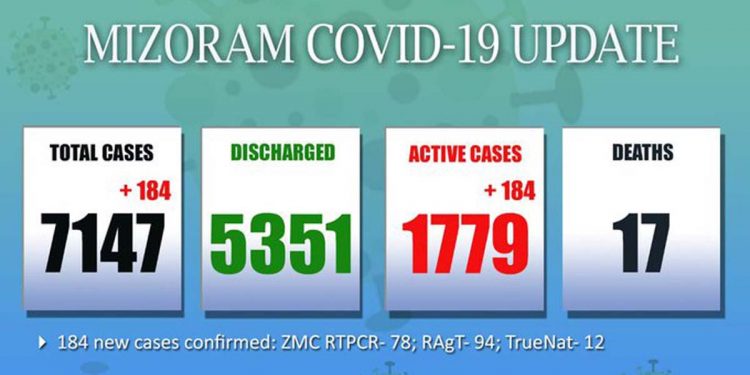 At least 184 people, including 6 policemen, who recently returned from West Bengal after poll duty, have tested positive for Covid19 in the last 24 hours.

With the new cases, Mizoram’s Covid19 positive tally increased to 7,147, an official said.

A total of 34 patients have travel history while the rest were infected locally, the official said.

He said 36 patients have developed symptoms of Covid19 and the rest 148 are asymptomatic.

Mizoram currently has 1,779 active cases while 5,351 people have been discharged after their recovery from the disease.

The death toll in Mizoram stands at 17.

State immunisation officer Dr. Lalzawmi said as many as 2,23,805 people have been administered the first dose of Covid19 vaccine and 47,370 of them received full doses of the vaccine till Thursday.