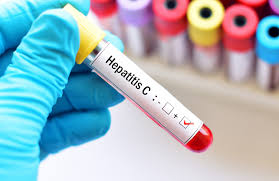 Various organisations working for prevention and control of viral Hepatitis on Tuesday sought the implementation of the Centre’s programme for free treatment and diagnosis of Hepatitis in Mizoram.

Speaking to reporters in Aizawl on Tuesday, leaders of the organisations said that the National Viral Hepatitis Control Program (NVHCP), which was launched in the country in July last year, has not been implemented in Mizoram till date.

Under this programme, people especially those belonging to high risk group are given free of charge screening, diagnosis, treatment and counselling services, they said.

They said that the programme was implemented in other parts of the country.

“We want to ask the government as to why the same cannot be implemented in Mizoram looking at the speedy rise of Hepatitis patients in the state,” said Ketho from a Nagaland based ARK Foundation.

Moses Pachuau of Indian Drug User Forum said that Mizoram does not have any data as the government did not conduct research to know the numbers people suffering from hepatitis.

He advocated that mass awareness should be conducted across the state.

According to  Robert L. Khawlhring, the State Programme officer for National Viral Hepatitis Control Programme, as many as 20,000 people were affected bu Hepatitis C in Mizoram.