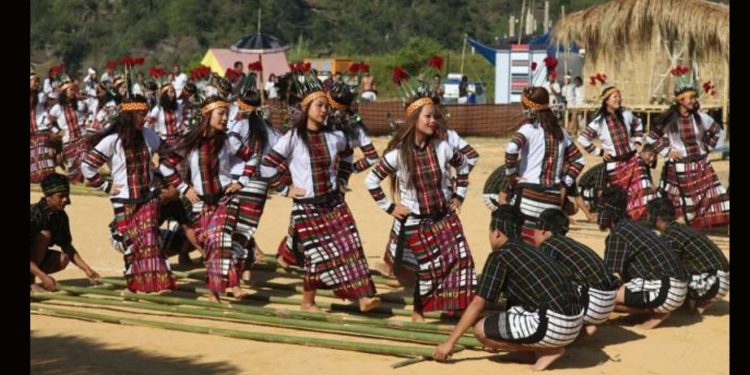 As part of its endeavour to unify different Mizo tribes, the Mizoram government will organise Zo Kutpui festival in a grand way from Thursday.

The festival will be organised in at least 10 different cities across the globe, an official of the state tourism department said on Monday.

“The first such festival will be held at Vanghmun, a hub town of Mizos in neighbouring Tripura from January 9 to 11,” the official added.

Several dignitaries representing various Mizo tribes will also be present in the function, the official added.

“There will be cultural performances and Mizo tribes from Mizoram and other northeastern states will take part in the programme,” the official added.

He further said the Zo Kutpui will also be organised in other Mizo important towns, including Maryland in the USA, Tahan in Myanmar, Churachandpur in Manipur and Bangladesh.

“The event aims at re-unifying and strengthening brotherhood among different tribes of Mizo,” he said.

The Mizo National Front (MNF) government, which preached unification of Mizo communities, has been making a massive effort in this regard.