With announcement of the election date, Model Code of Conduct has come into force. 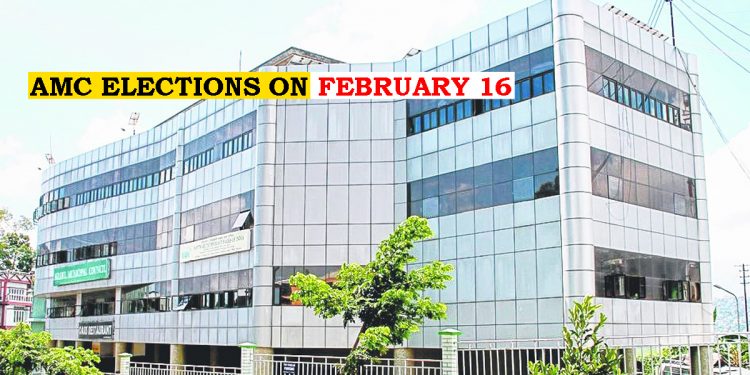 The elections to the AMC will be held on February 16.

Announcing elections to the AMC, Mizoram State Election Commissioner Laima Chozah said that polling will be conducted in a total of 274 polling stations.

Polling will begin at 7 in the morning and culminate at 4pm.

Electronic Voting Machines (EVMs) will be used in the polls to the AMC, informed Mizoram State Election Commissioner Laima Chozah.

The results to the AMC polls will be declared on February 18.

With announcement of the election date, Model Code of Conduct has come into force.

Scrutiny of nomination papers will be held on January 29.

Meanwhile, February 17 has been fixed by the State Election Commission as the date of re-poll, if required.

“There are a total of 2,18,870 electorates, including  1,17,191 female voters within the AMC area,” informed Mizoram State Election Commissioner Laima Chozah.

“As Mizoram registered a significant decline in COVID-19 cases and moreover vaccination drive is being carried out across the state, we have consulted the State Government and finally decided to hold the polls,” Chozah added.

In the last AMC elections held in 2015, the MNF had won 11 seats, followed by Congress, which had won 7 seats.

The AMC poll is expected to see a triangular contest among the ruling Mizo National Front (MNF), main opposition Zoram People’s Movement (ZPM) and the Congress.

All the three parties have already announced their candidates for the polls.