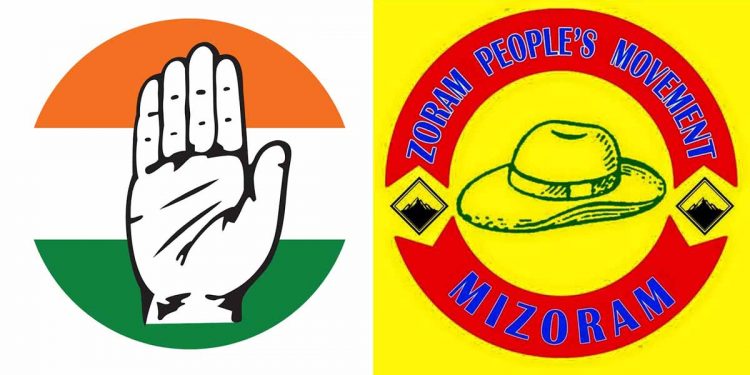 Mizoram’s main opposition party, Zoram People’s Movement (ZPM) has tied-up with opposition Congress in at least 35 village councils in the run-up to the rural and local body polls, a Congress leader said on Sunday.

Polling for 558 village councils in 9 districts and 83 local councils within Aizawl municipal area will be held on August 27.

The Congress leader said that the alliance was locally based and not made at the party headquarters level.

He said that each unit or village council was given free hand to be tied up with any party according to its convenience.

“Even though the Congress is worthless in the eyes of ZPM leaders at general headquarters, the party leaders and workers at the local level are enthusiastic to work with Congress and we can’t sternly reject such offers,” the Congress leader, who chose to anonymous, said.

“Soon after the last Lok Sabha polls in April last year, ZPM president Lalliansawta had said that one of the blunders committed by its party was its “alliance” with Congress in the Lok Sabha polls,” Lalthlenglian said.

He also said that the ZPM, which claimed to have received strong public support, has not only tied up with Congress in 35 village councils but failed to contest in 16 village councils.

No MNF leaders could be contacted on the allegations.

Campaign for the upcoming village and local council polls is gaining momentum amidst the spread of coronavirus.

Counting of votes will be undertaken on August 27  as soon as polling is over.

According to state election commission secretary Teresy Vanlalhruaii, a total of 8,491 candidates, including 2,102 women, are in the fray for both the polls.

As for local council polls, Vanlalhruaii said MNF has the highest number of candidates at 540, followed by Congress at 533.

BJP and HPC have not fielded any candidate in the local council polls.

Teresy told NewsfileOnline that the MNF and Congress have already won 10 and 2 village councils unopposed respectively.