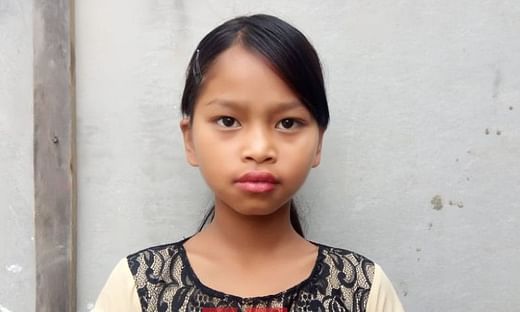 A 12-year-old girl of Mizoram Carolyn Malsawmtluangi , who was awarded the National Bravery Award this year, was recently hailed for her decision of sharing half amount of her cash reward with the child she had saved.

As per reports, Carolyn decided to share Rs 10000 with the girl she had saved from a trafficker in June last year.

Carolyn was awarded a cash amount of Rs 20000 as a part of the National Bravery Award.

After she went to Mizoram’s Thualthu village to meet the girl she had saved, the residents of the village gave her a warm welcome.

However, the sweetest welcome was accorded by the girl as she ,overwhelmed with the kind gesture of Carolyn, hugged her in the vehicle.

It may be mentioned that Carolyn , who was playing volleyball with her friends in June last year, saw the girl with a lady and assumed that they might be related.

However, after police raised the alarm over a trafficker the next day, Carolyn soon spotted the woman again and began talking to her .

She agreed to take care of the girl while the woman ran an errand.

However, on finding the woman busy she later fled from the spot carrying the girl on her shoulders.

The trafficker was later nabbed by the police.

It may be mentioned that Carolyn was among six children from Northeast India have been selected for the Indian Council for Child Welfare (ICCW) National Bravery Award this year.