At least 75 people including 49 foreigners currently stranded in Mizoram 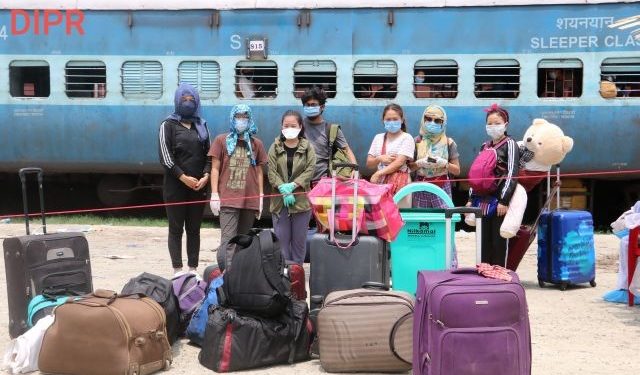 At least 75 people, including 49 foreigners, are currently stranded in Mizoram, a statement issued by a task group on migrant workers and stranded travellers said on Thursday.

Of the 75 stranded people, 21 are from Manipur, four from Odisha and one from Madhya Pradesh, the statement said.

It said 49 foreigners are also currently stranded in the State.

Of these, 47 people are from Myanmar and one each from the United States and Canada.

The statement also said that of the 14,401 stranded Mizoram residents, who have registered to return, 12,532 have returned to the state from different parts of the country and abroad till Thursday.

A total of 75 people are on their way home, it said.

The statement further stated that about 1,869 people are yet to return to the State.