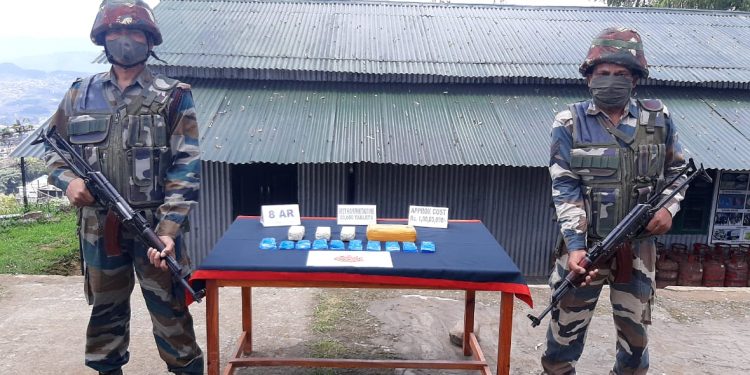 Assam Rifles jawans and officials of the customs department on Thursday seized 20,000 tablets of Methamphetamine at Chhungte village in Mizoram’s Champhai district

Two persons were also apprehended for possessing the contraband worth Rs. 1 crore.

Acting on specified information, the Assam Rifles and customs department had conducted a joint operation along the Indo-Myanmar international border in Champhai.

Both the accused and seized contraband were handed over to customs department.

Meanwhile, the Assam Rifles also recovered a large haul of explosives bound for Myanmar was recovered by the paramilitary force near Farkawn village in Champhai district recently.

The explosive substances were meant for smuggling to coup hit Myanmar, he said.

Two persons were also apprehended for transporting the items and were later handed over to the Mizoram police.