About 500 children including specially-abled kids are staying in the orphanage.

A few essential commodities like ration, clothing, school bags and masks were donated to the children. 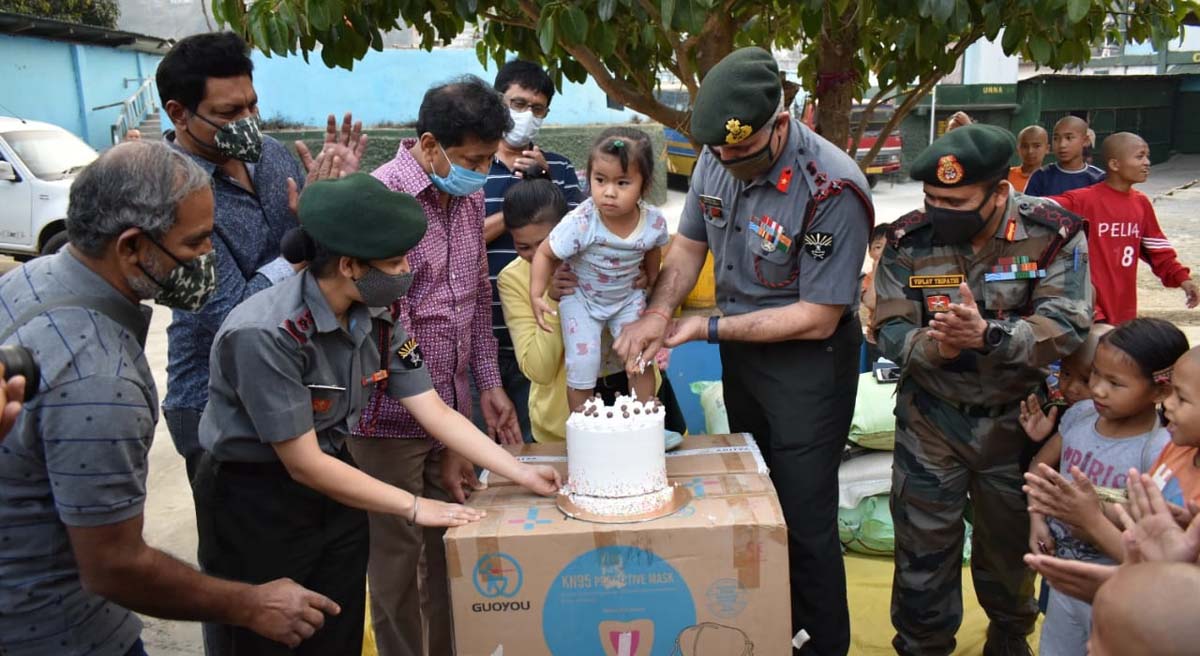 A cake-cutting ceremony was also organised by Assam Rifles and the same was distributed to all the children.

It was a moment of joy for the children of the orphanage.

“Changing lives of the impoverished has been one of the prime focuses of the Assam Rifles and such initiatives are set to bring a new dawn in the local community,” said a press release issued by the headquarters of Inspector General of Assam Rifles (IGR).

The founder of the orphanage expressed his heartfelt gratitude for the gesture of Assam Rifles.