The Assam-Mizoram border remains tense after a farmhouse was allegedly torched and plantations destroyed by the Karimganj district administration of Assam in Mizoram’s Mamit district along the inter-state border, a police officer said.

The incident occurred on Friday afternoon when a farmhouse, belonged to John Zolawma of Thinghlun village in Mamit district bordering Assam’s Karimganj district, was torched by officials of the district administration, police and forest department from Karimganj, the Mizoram Police officer said.

Apart from burning the farmhouse, they also destroyed more than 1,000 betel nut plants and other vegetables in two farms owned by John Zolawma and Ben Davida, he said.

The officer said Mamit district deputy commissioner and superintendent of police (SP) visited the site on Saturday to take stock of the situation.

The police officer said an FIR has been registered at Kanhmun police station and personnel of the 4th Indian Reserve Batallion are currently camping in the area to avoid any further arson.

Mizoram DGP SBK Singh has communicated his Assam counterpart over the phone regarding the matter.

Meanwhile, state chief secretary Lalnunmawia Chuaungo convened a meeting with top officials of the home department and police over the incident on Saturday, an official said. 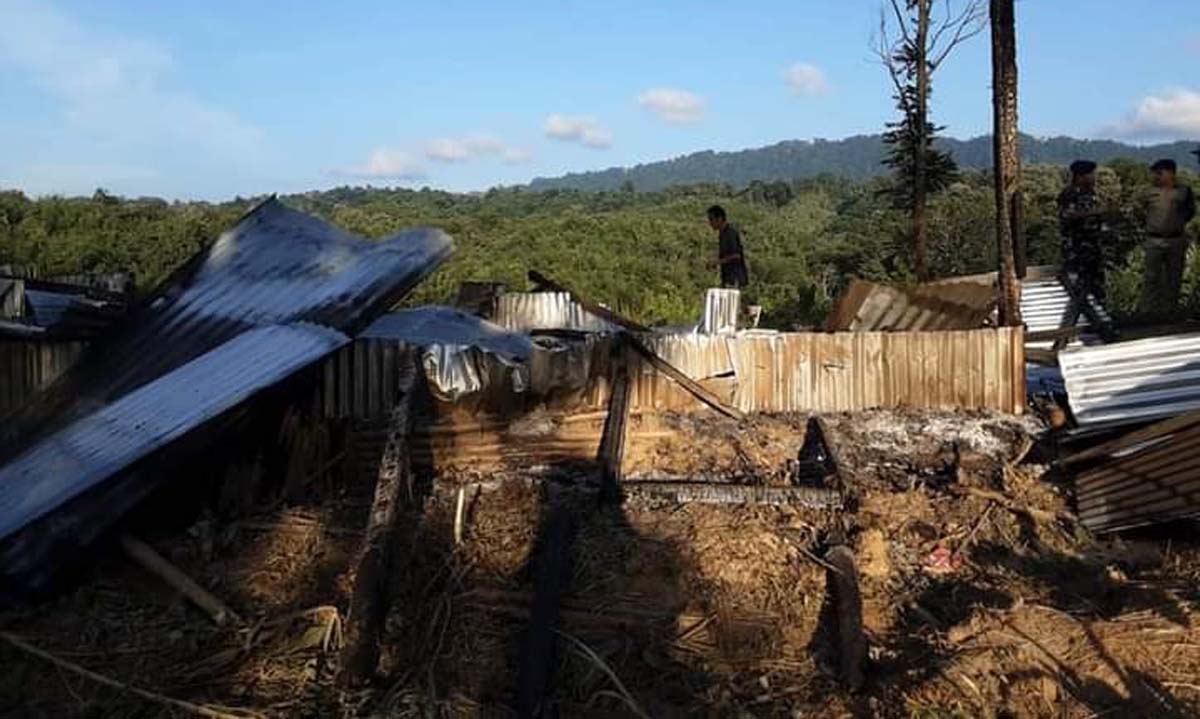 The meeting vehemently blamed the Karimganj district administration of Assam for its “provocative act”, he said.

He said the state government will write to the Union home ministry and the Assam government to inform about its grievances.

The state’s apex students’ body, the Mizo Zirlai Pawl (MZP) on Saturday held an emergency meeting over the incident.

The meeting blamed the district administration of Karimganj in Assam for the incident and decided to rebuild the farmhouse, MZP president B. Vanlaltana said.

“The meeting took the incident seriously and considered it as a grave insult and impudent contempt to the people of Mizoram,” he said.

He added that the students’ body also agreed to give monetary assistance to the two victims.

In a statement, Mizo Students’ Union (MSU) also strongly blamed the Karimganj district administration for the incident and alleged that apart from torching the farmhouse and destroying plantations, Assam officials and police “intimidated” local volunteers, who are guarding inter-state border to prevent the spread of Covid19.

The students’ body demanded compensation for the victims.

Officials of Karimganj district administration could not be contacted over the incident.

The border dispute between Mizoram and Assam is a long-pending issue, which has remained unresolved till date.

Several dialogues held since 1995 to resolve the border dispute have yielded little result.

The last border stand-off took place in March 2018 at Zophai or Karchurthal area near Bairabi town in Kolasib district along the Mizoram-Assam border when the functionaries of MZP attempted to re-construct a wooden resting shed, which was destroyed by the Hailaikandi district administration, there.

More than 60 people, mostly students were allegedly injured when Assam police resorted to lathi-charge and gunfire to disperse the protesting students.

The border dispute, however, was put under control with the intervention of the Centre, which asked both the Mizoram and Assam governments to maintain a status quo till issues are resolved.

Allahabad HC: Religious conversion simply for the sake of marriage is not valid under law

Assam: Revised SOP regarding re-opening of schools in the state