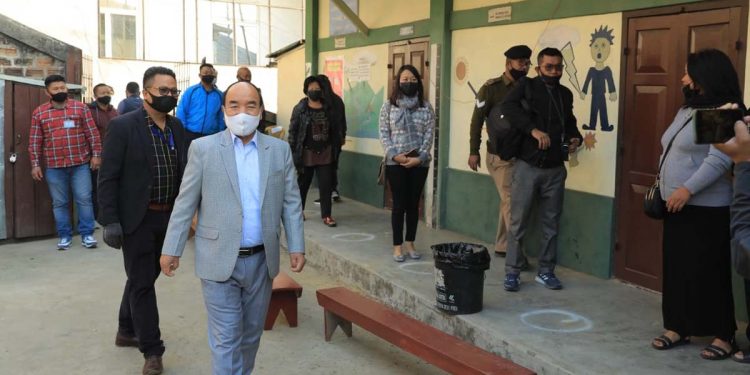 A total of 63.62% of voters cast their votes in the Aizawl Municipal Corporation (AMC) election after the polling ended at 4 pm on Tuesday, an election official said.

Polling for the 19-member AMC began at 7 am in 274 polling stations and it passed off peacefully, she said.

Mizoram chief minister Zoramthanga was among the first to cast their votes at 7 am while Congress president and former chief minister Lal Thanhawla cast his vote at 11 am.

Speaking to reporters, Zoramthanga said he is hopeful of winning a clear majority.

“We have the advantage of being a ruling party and I expect at least 12 to 13 seats. I am confident that we will win the polls,” the three-time chief minister said.

He said the people still have faith in the Mizo National Front (MNF).

“We have swept all the polls, from village council to Lok Sabha, since the party assumed power in December 2018,” he said.

A total of 66 candidates including 20 women have contested the polls.

Counting of votes will be held on February 18.

There are 19 wards in AMC of which 6 are reserved for women.

The ruling MNF, main opposition party Zoram People’s Movement (ZPM) and Congress have contested for 19 seats each while the BJP has fielded 9 candidates.

In the last AMC polls held in 2015, the MNF won a clear majority by winning 11 seats while the Congress won 7 seats and Mizoram People’s Conference (MPC) bagged 1.