4 die, 2 injured in landslide in Mizoram 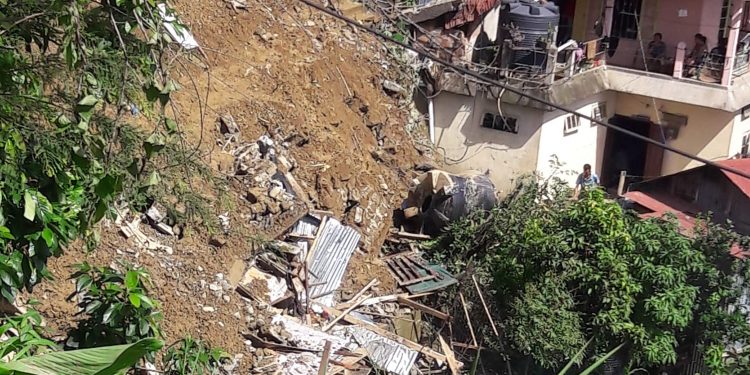 The landslide that took place in Aizawl on Friday night

At least four people, including a 3-year-old boy have been killed and two others injured when a massive landslide swept away a building at Thuampui neighbourhood under Bawngkawn Police Station in the northeastern part of Aizwal in Mizoram.

The incident occurred around 9:30 pm on Friday when an Assam-type building collapsed due to landslide triggered by rain, the police said.

According to police sources, six of the seven family members were present at the time of incident.

The deceased are all children between 3 and 16 years, who died on the spot.

Also read: Mizoram: Lockdown to be extended in Aizawl for another one week

The head of the family, Lalbiakzuala (75) escaped from the debris and another member was rescued alive during the rescue operation, the police said.

The bodies of the victims were recovered from the debris during the rescue operation launched by police and local volunteers soon after the incident.

The body retrieved was that of a 16-year-old girl, the twin sister of another victim was recovered around 6 am on Saturday.

Meanwhile, three occupants of another building, which stood below, managed to escape when they heard a loud noise of landslide.