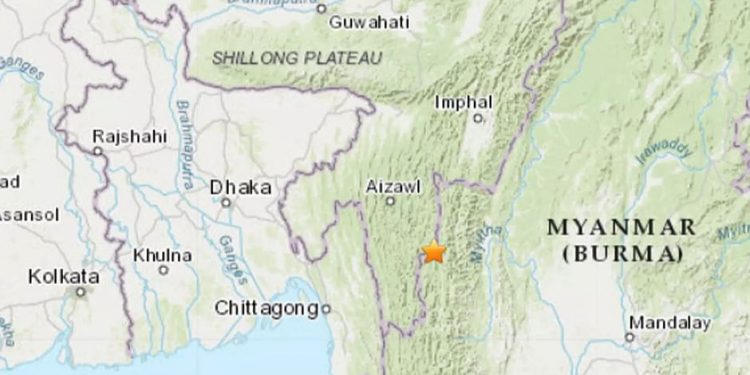 A moderate earthquake measuring 4.3 on the Richter scale hit Mizoram on Friday afternoon.

This is the ninth earthquake to rock the state in the past one month, officials said.

Tremors were felt at around 3:56 PM and the epicentre was 33 km south of southwest Champhai in Mizoram, the National Centre of Seismology stated.

The earthquake originated at a depth of 10 kilometres at latitude 23.17 and longitude 93.22.

However, no loss of life and property has been reported due to the earthquake.

A series of tremors also hit Saitual and Serchhip districts since June 22. Seismologists consider the mountainous northeast region as the sixth major earthquake-prone belt in the world.