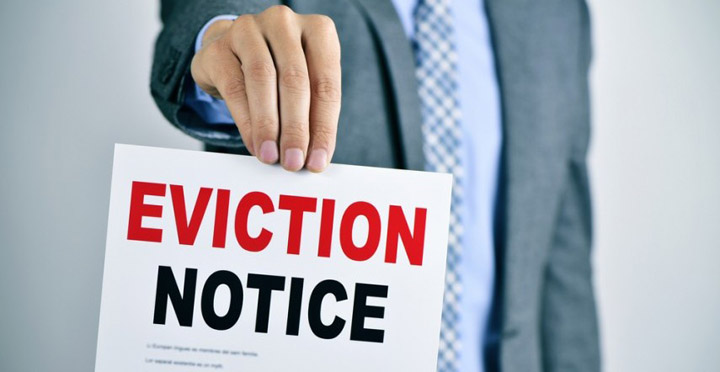 The General Administration Department (GAD) of the Mizoram government has issued an eviction order wherein the settlers in Tuichawngchhuah village under Lungsen block of Lunglei district have been asked to vacate the village within 3 months.

The GAD in the order stated that the decision for eviction has been taken as per the Lushai Hills District (Village Council) Act, 1953.

The abolition of illegal settlement and eviction of settlers is provided under 26 {2(a)} and Section 26(3) of the Act.

The Mizo Students’ Union has been consistently demanding demolition of ‘unauthorised’ villages including Tuichawngchhuah village since 2015.

Through its eviction order (Letter No. B. 14016/3/2018 – LAD/VC), the Mizoram government has asked the residents to evict the village within three months from the date of the letter received.

The residents have been warned that if they fail to vacate the site within the stipulated time a fine of Rs. 100 per day will be imposed as per the Lushai Hills District Village Council Act 1953.

In case of prolonged unauthorised occupation, the letter stated that the government may resort to physical eviction.

The Mizo Students’ Union (MSU) has worked towards demolition of unauthorised villages in Mizoram in the past and successfully took action against an unauthorized village – Sibinesora – in Lunglei district in 2013.

The students’ union was pushing the government to demolish the illegal village of Tuichhawngchhuah by the end of March.

In a press conference on March 18, MSU president Vanlalliana Khiangte said the records of the government on this village are not correct and don’t match with the findings of the MSU.

Tuichawngchhuah is under the vicinity of Tuichawng VC and according to the reports of the department concerned, the village has 49 houses and 222 residents.

However, according to the findings of the MSU, there are only 14 houses in the village.

During their visit to the village, the representatives of the students’ body halted construction of houses.

The MSU first visited the village of Tuichawngchhuah on November 11, 2015 where arrangements were made for the residents to move out after holding necessary talks with Tuichawng VC and government officials.

An eviction order was served by the Lunglei Additional DC on December 17, 2015 but due to a case filed by the Tuichawng headman on January 2016, the Gauhati High Court’s Aizawl Bench issued a stay order.

The High Court judgment and order for eviction at Tuichawngchhuah was issued on August 24 last year where it was stated that the government has the right to demolish the village and can serve an eviction order as per the Lushai Hills District (Village Councils) Act, 1953.