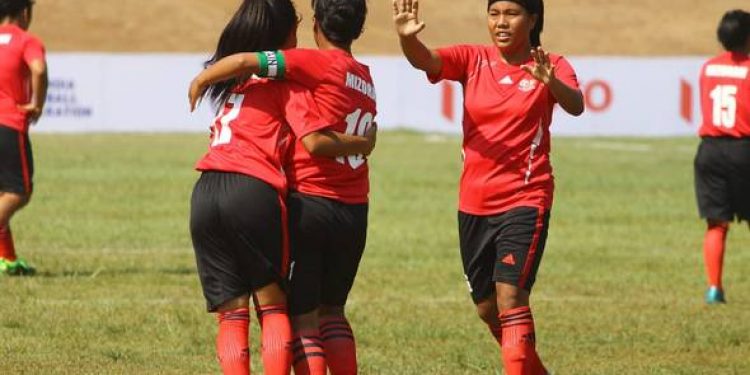 In group H, Mizoram picked up three points in their opening clash against Punjab, scoring 9 goals.

After a thrilling first day of action, the second day of the Junior Girls’ National Football Championships in Kolhapur on Sunday, featured five games as the first round of fixtures in the group stages came to a close.

Amid good football, Mizoram and Kerala decided to make their games one-sided affairs by scoring 9 and 6 goals at will to outshine Punjab and Andhra Pradesh, respectively.

The first match of the day saw Odisha take on Chhattisgarh at the Rajarshi Shahu Stadium in group E in an absorbing encounter.

In group H, Mizoram picked up three points in their opening clash against Punjab, scoring nine unopposed goals in the 90 minutes.

Kerala joined them at the top of the table with a 6-0 win against Andhra Pradesh.