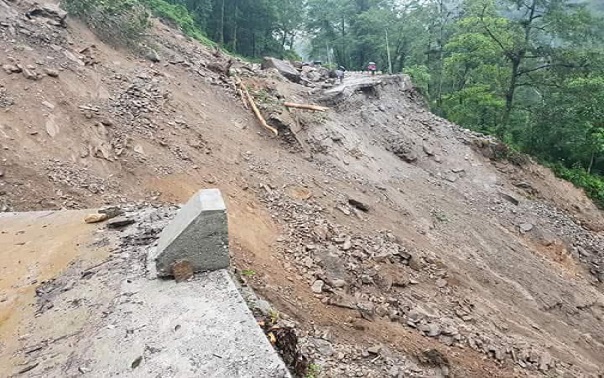 A minor girl died and her parents were seriously injured after their house was collapsed by a landslide at Saihapui K village in Kolasib district of Mizoram.

As per reports, the girl along with her parents was trapped in the debris of the landslide that was caused by heavy downpour in the state.

However, the eight-year-old girl Mary Lalhmangaihzuali died before the police pulled the trio out of the debris.

Mary’s parents who were severely injured in the landslide had been rushed to the capital city Aizawl for treatment.

Her father Benjamina Lalhmangaihzuali is the village council president of Saihapui K village.

Kolasib district deputy commissioner Zoengsanga has announced an ex-gratia of Rs 4 lakh for the family.

Serlui MLA Lalrinsanga Ralte said that he will fund the construction of a new house for the family.

Last year, ten people including four minors were killed and another four were injured when a building was swept away by a landslide triggered by heavy rains in Lunglawn area of south Mizoram‘s Lunglei town.