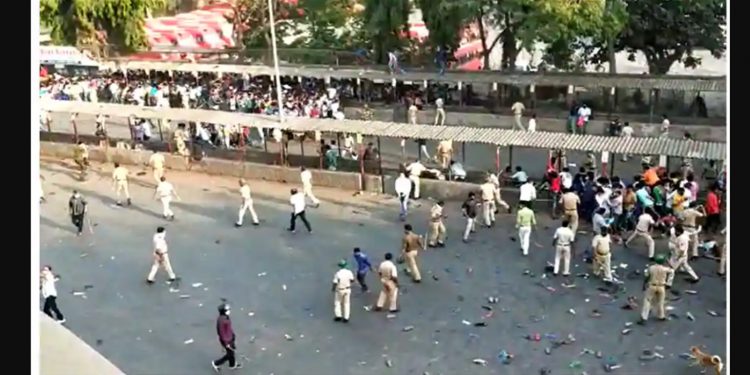 Defying lockdown orders, hundreds of migrant workers on Tuesday gathered outside the Bandra West railway station to demand the railways’ run trains to take them home.

The group was later dispersed by the police after a lathicharge was ordered.

A Western Railway official informed that the migrant workers were protesting against the extension order.

“The workers vehemently protested against the extension order and said they did not have access to food and other essentials,” the official added.

“The police reached the spot in no time and prevented the workers from entering into the railway premises,” the official added.

“Initially the police were calm and asked the workers the move back. But when they did not listen, the police had to resort to lathicharge,” the official added.

Similar scenes were witnessed in Delhi-Uttar Pradesh border last month when hundreds of migrants gathered with the aim to return to their homes.