Works costing Rs 183,283 to be taken up for Northeast roads: Nitin Gadkari 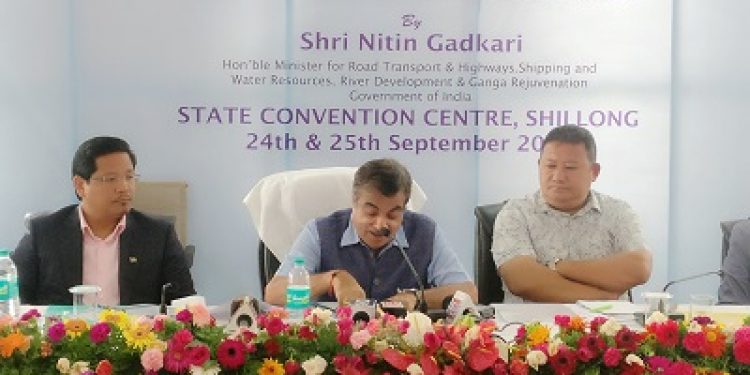 Union Road Transport and Highways Minister, Nitin Gadkari on Tuesday informed that total works with cost involvement of Rs 183,283 crore were being taken up in the north-eastern region under the National Highways and Infrastructure Development Corporation Limited (NHIDCL) and Public Work Department (PWD).

He said that the National Highway Authority of India has completed work of 850 km costing Rs 7000 crore in the north-eastern region and in Meghalaya, the NHAI was carrying out works in one project (62 km) costing Rs 536 crore where the project will complete by October this year.

The Union Minister reviewed the projects taken up in various north-eastern states with Chief Ministers, central and state officials, contractors and other stake holders.

He said that a decision has been made to give highest priority for development of infrastructure in the North East and NHIDCL is basically responsible for construction of roads in the region which was established by the government for special road construction.

He also asked State Governments to use running buses on ethanol engine where the ticket rate will be reduced by 50 per cent, pollution free and it can be a new innovation to the region and also creating employment potential where methanol can be made from bamboo plantation.

He also encouraged converting public transport on electricity by using new innovation, like ropeway and cable car which will be a game changer.