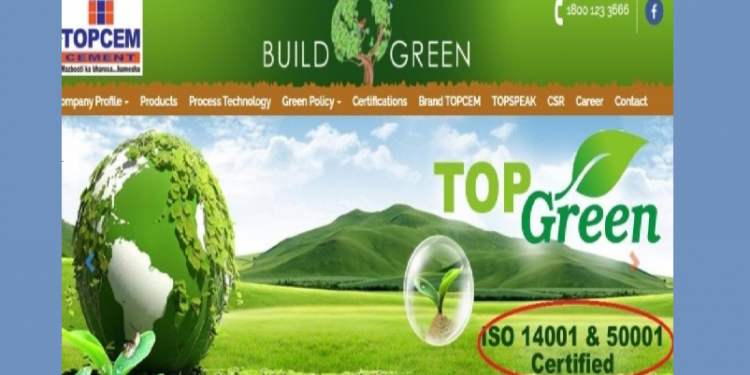 Topcem Cement, which claims to produce international standard cement, has been found shamelessly displaying the ISO 50001:2011 certificate, an accreditation which has expired.

The ‘Certification’ section of Topcem Cement’s official website has been found to be displaying its ISO 50001:2011 certificate (ENMS 621043) which expired on January 29. 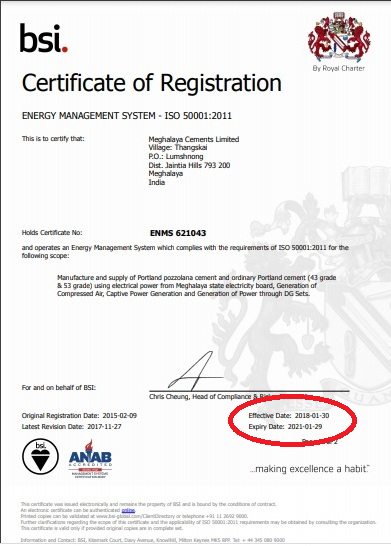 The Homepage of Topcem Cement’s official website also runs a photo-slide at the top, claiming itself as an ISO 50001 certified enterprise, even after three weeks of expiry of the accreditation.

ISO 50001 is a framework to establish best practices for energy management. Organizations use the framework to manage, monitor and maintain energy performance by controlling energy use and enhancing operational efficiency. 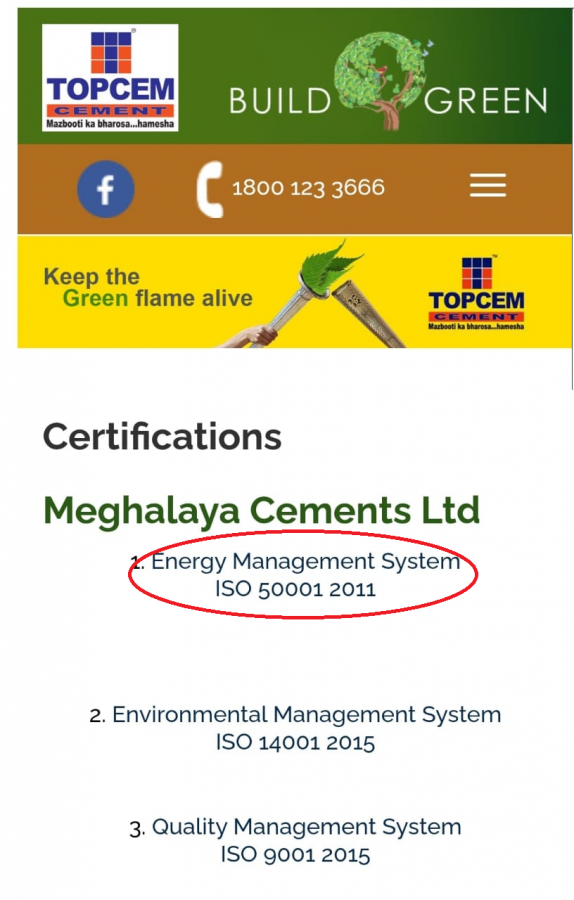 ISO 50001:2018 applies the ISO High Level Structure (HLS), common for all ISO standards. In fact, ISO 50001:2018 can be used independently, or be aligned or integrated with other management systems.

Even in the past, the Topcem Cement management was found to showcase its ‘Products’ category on the website with expired BIS marks and numbers.

Despite repeated attempts, Kailash Chandra Lohia, who is the chairman of Meghalaya Cements Ltd, the producer of Topcem Cement brand, could not be contacted for comments.