St. Anthony’s Higher Secondary School again proved its excellence as the best educational institution in Meghalaya with eight in the top 10 list in the Science and six toppers in Commerce stream in Class XII 2019 examinations.

The Meghalaya Board of School Education on Wednesday announced the results of Higher Secondary School Leaving Certificate Examination 2019. 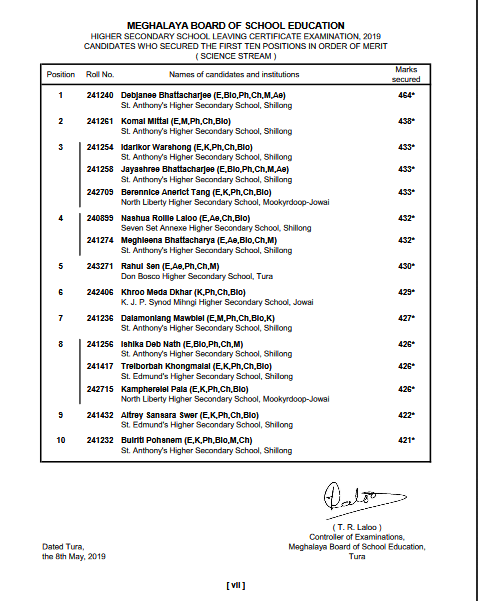 Komal Mittal came second with 438 marks, and five distinctions. Idarikor Warshong and Jayashree Bhattacharjee came third in the list. Both got 433 marks. The 4th, 7th, 8th and 10th positions were also from the prestigious school. 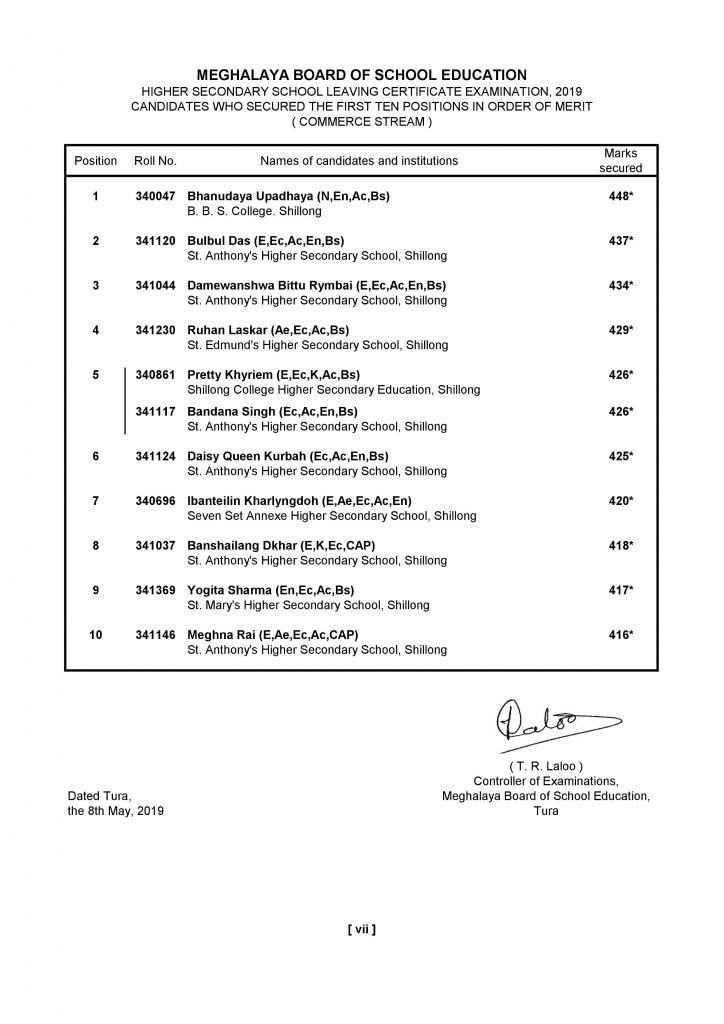 In the Commerce stream, Bulbul Das of the school stood second with 437 marks, while Damewanshwa Bittu Rymbai came third in the state with 434 marks. The 5th, 6th 8th and 10th positions in the top 10 Commerce list were also from the school.

St. Anthony’s Higher Secondary School is managed by the Salesians of Don Bosco Educational Society. Guided by the religious and educational philosophy of St. John Bosco, the school was founded to bring school education within the reach of the common man.

St. Anthony’s Primary School was started in 1901 as an orphanage. In 1922, the Salesians of Don Bosco took over the school and raised it to an M.E. School. In 1931, the School was raised to a High School by Calcutta University. Now, it is a recognized Higher Secondary under the Meghalaya Board of School Education.