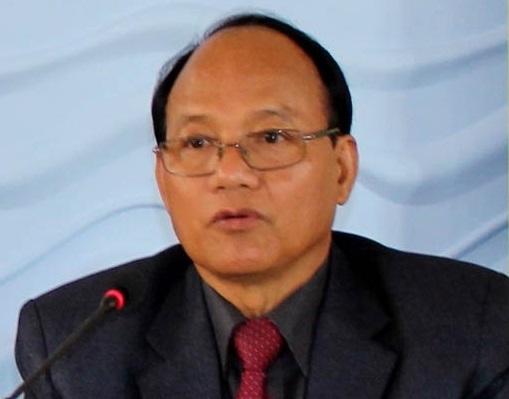 The development assumed significance as the meeting between the two leaders has taken place days after Lalzirliana tendering his resignation as ministers. Many have seen the meeting as step towards Lalzirliana switching to NPP.

R Lalzirliana has been the most trusted aide of Lal Thanhawla after he was elected from the then Saitual constituency in 1998.

He was the only Congress MLA from Aizawl district and the only MLA who can speak the official language of Mizoram fluently.

He was elected from the constituency in 2003, 2008 and 2013, during which he rose to prominence in the political structure of the Mizoram PCC.

Talking to Northeast Now, R Lalzirliana, the Mizoram PCC vice president said that he met the NPP deputy chief over certain business and there is nothing to do with politics.

“I have just resigned from the home minister’s post. All I can say now is that the deputy chief minister of Meghalaya has paid me a visit,” R Lalzirliana said.

Tynsong said that his visit was a courtesy call and that the resignation of R Lalzirliana and his un-protocol visit was just a co-incidence.

“R Lalzirliana is a good friend of mine, his son passed away just a few months ago. I just paid him a visit, my visit has nothing to do with the Congress political turmoil of Mizoram Congress,” Prestone Tynsong told Northeast Now.

Meghalaya deputy chef minister’s visit to the Congress leader lasted for just half an hour, but a source privy to the meeting said that nothing was discussed about. “Dy. CM has to follow protocol, but he decided that we ditched all the security for the visit to R Lalzirliana,” a source said.

On Friday R Lalzirliana, the vice president of Mizoram PCC tendered his resignation from the post of cabinet minister after Disciplinary Committee of MPCC issued him show-cause notice and sought explanation after he said that different political parties had made offer to him for the upcoming assembly election.

Lalzirliana said that his resignation is mainly due to the Congress led Government’s failure declare Saitual as a full-fledged district, as promised by the Chief Minister Lal Thanhawla.

Saitual is the major town of Tawi constituency, from where Lalzirliana representing for fourth term in the Assembly.