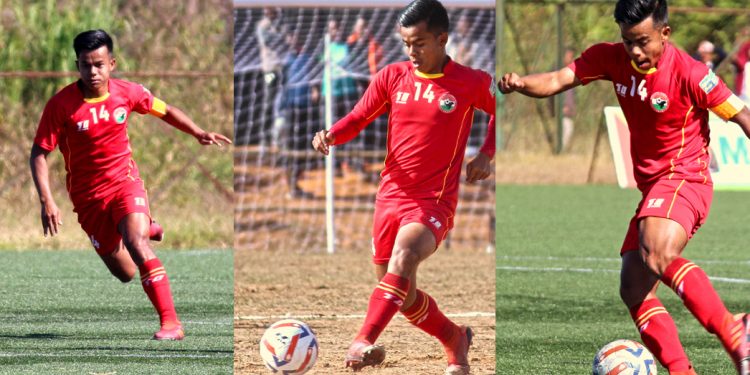 Shillong Lajong player Phrangki Buam has been loaned out to FC Bengaluru United for their second division I-League campaign 2020.

The 19-year-old midfielder made his I-League debut for Shillong Lajong during the 2018-19 season and was the highest goal scorer of the club with 6 goals.

In 2019, Phrangki was a part of Shillong Lajong during its win in Shillong Premier League (SPL) and Meghalaya State League (MSL) and was the Club’s highest goal scorer with 24 goals (SPL & MSL combined).

After an incredible season, Buam is all set to play for FC Bengaluru United.

In a statement, the club extended its best wishes to Phrangki for the 2nd division I-League 2020 campaign.

Born on December 16, 2000, Phrangki Buam is from Jaintia Hills in Meghalaya.

Phrangki was the only teenager to score six goals in the I-League 2018-19 season.

He was the Meghalaya State League, 2019 top goalscorer, with 14 goals.

Phrangki Buam played his first I-League match with Shillong Lajong on October 28, 2018, and since then featured in every I-League game. He also emerged as the second-highest goalscorer by an Indian player in I-League.

During an interview last year, Phrangki Buam said “my main motive is to continue to score many more goals and help my team finish the season in a good position.”