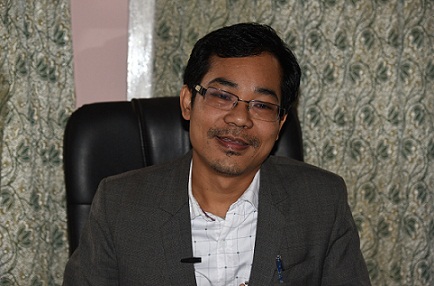 Separate ‘Garoland’ is the main agenda for the Garo National Council (GNC ) and the party will make this its main poll plank in the upcoming elections in Meghalaya as it has done in earlier elections.

The GNC has been fighting successive elections on the issue. NPP turned Congress turned GNC leader Boston Marak says the issue of separate ‘Garoland’ is close to his heart.

“I respect and regard my uncle Purno Sangma’s dream. He was in favour of small states and had raised the issue in Parliament several times,” Boston added.

The GNC not seen as a formidable force may play a pivotal role post elections in Meghalaya, if they manage to win few seats. The party is clear on its stand for a separate homeland for the Garos.

The late leader of GNC Clifford Marak made several moves to raise the issue of Garoland but it had no takers in the assembly. In an event of a fractured mandate, the party pins hope that they may able to push their agenda on the talking terms.

In 2015, the party managed to win three seats in the district council election and is contesting in six seats in the upcoming polls.

Boston Marak, the current chief executive member (CEM) of Garo Hills Autonomous District Council (GHADC), elected on a National People’s Party (NPP) ticket in 2015, in a sort of drama shifted his loyalty to lend his support to the Congress party and was elevated to the post of CEM last year.

A week ago he joined the oldest regional party of the region GNC to contest the election from Salmanpara constituency and will be pitted against the sitting Congress legislator Winnerson D Sangma (Probable Congress candidate) and NPP candidate Ian Botham K Sangma.

His move had surprised many as a person who had supported the Congress on a drop of a hat shifted his loyalty and allegiance to GNC to contest the polls. When asked, Boston says, “I had never joined the Congress party but had extended my support to form the executive committee of the district council”.

He even went on to the extent of saying that politicians are like “snake” and have to shed their skin and adapt to situation if need arises. “My supporters and followers wanted me to contest election, so I had no other option”.

When asked, if the incumbent chief minister Mukul Sangma with whom he shares close proximity was not upset over his move, Boston said, “Politician are broad minded. I am not a rubber stamp and am not dictated by anybody”.

He is of the view that the demand for at least 25 new states in the country including Bodoland and Gorkhaland would become a reality if all the organisations come together.