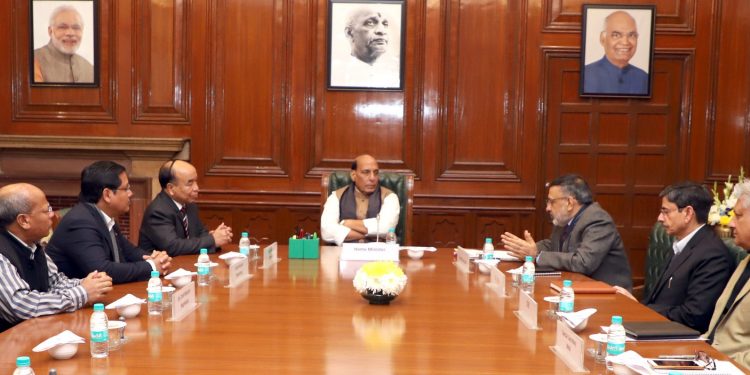 Sangma was accompanied by all his nine cabinet team members.

Sangma led a delegation to meet Rajnath at North Block at 10 in the morning.

“We have demanded to scrap the Citizenship (Amendment) Bill. The Home Minister told us that he will look into the mater,” said Sangma after the meeting.

“The Home Minister will call for a meeting of all Chief Ministers,’ said Sangma.

The delegation members include all the 9 cabinet minister of the Meghalaya government.

Sangma said that they will take a final call if centre does not scrap the bill.

“We have clearly told the Home Minister that we want scrapping of the bill and we are hopeful. If we don’t get a positive result we have to take a final call,” said Sangma indicating for a possible break up in the alliance government in Meghalaya.

Mizoram Chief Minister Zoramthanga was also present in the meeting.

Interestingly, Zoramthanga in his meeting two days back with the Home Minister has already said that his government is opposing the bill.

Conrad and his team is likely to meet the Prime Minister Narendra Modi to lodge protest against the bill.