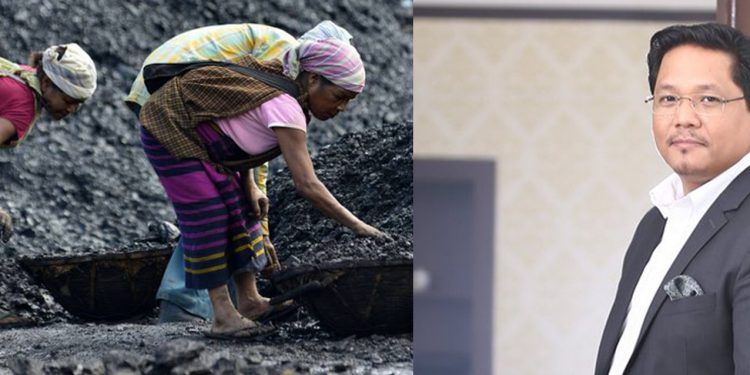 The Meghalaya State Co-ordination Committee of the Coal Owners, Miners, Exporters, Transporters & Dealer’s Forum (MSCCCOMET&DF) has conveyed strong resentment over “soundless” stand of the state government on the re-opening of coal mining activities in the state.

“We had on October 17 last year called on the Chief Minister and apprised him on the necessity to explore possibilities in line with the direction of the Supreme Court of reviving the coal mining conduct at the earliest,” said MSCCCOMET&DF chairman Sonny L Khyriem.

“In the said meeting, the chief minister made proposition such as formation of a consultative committee to draw a roadmap on the new method of coal mining,” Khyriem.

During the meeting, the CM also proposed to “conduct workshops all over the state so as to create public awareness and to educate the mostly naive coal miners about the new means of coal mining and to ascertain their views as a way out to forward the pertinent issue,” Khyriem added in the statement.

In pursuant of the last meeting, he said the Forum made a formal application to pursue the matter since November 12, 2019 and now more than two months has passed, but yet to hear from the CM.

He reminded the chief minister that the Forum is not only the mover of the state economy, but also contributes the major revenue to the state and the country treasury.

“While awaiting to concede our plea to meet him, or to act upon as humbly apprised, the chief minister is to be reminiscent on what are his priorities, less he would be missing the wood for trees,” the statement said.