The list of stranded people be submitted to Union home ministry for smooth co-ordination with the counterpart states: Mukul Sangma 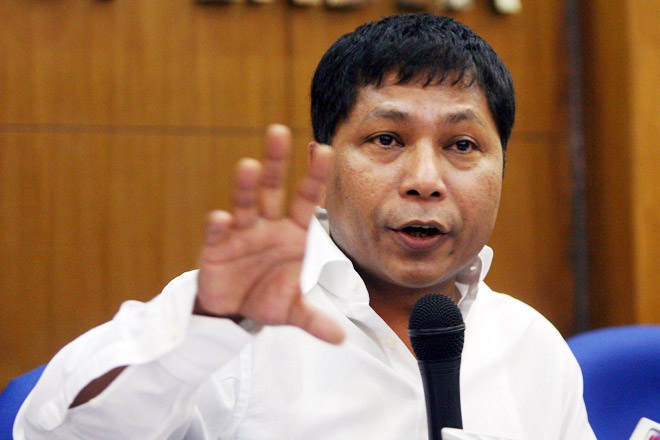 The Leader of Opposition in Meghalaya Assembly, Dr Mukul Sangma, on Saturday asked the state government to prepare a comprehensive plan for bringing back stranded students and migrant workers immediately.

Many stranded citizens of Meghalaya are trapped in different parts of the country following the nationwide lockdown.

Mukul Sangma suggested that the list of such stranded people be submitted to the Ministry of home affairs for smooth co-ordination with the counterpart states.

In a letter to chief secretary, M. S. Rao, Sangma said there are many distress calls coming to relatives, civil society organisations and the elected representatives from the stranded citizens of the state.

“This plan include advance and immediate action to be taken for identifying and creation of dedicated accommodation in every district to house the stranded students and migrant workers upon arrival into their respective districts,” Sangma added.

Sangma advised the government to have a dedicated train service to evacuate stranded citizens from respective states till the nearest train station/rail head including Mendipathar railway station in North Garo Hills district, with proper food arrangement and stringent social and physical distancing norms during the time of travel.

He also said if one waits for the current nationwide lockdown to be over, the return and arrival of stranded students and migrant workers from other parts of the country, will invariably be required to be kept in separate accommodation and in quarantine for further observation and testing.

The former Meghalaya CM said:“… the unavoidable and foreseeable development after the nationwide lockdown measures are withdrawn;  the expected rush to return by the stranded students/migrant workers to respective states of origin is likely to expose people to other possible asymptomatic COVID-19 infected people should they travel in common overcrowded trains.”

He said on arrival in the districts, the frontlines team should compile history of each stranded student and migrant worker relating to work and movement of each of them.

This should be done to ascertain the vulnerability, if any, of spreading the virus.

They may be housed in specially segregated accommodation for necessary observation and follow up.

He said a mock drill of all the officers/employees in the frontlines be conducted to ensure smooth operation of the Standard Operation Procedure which can be specifically prepared by the state for the same in a very comprehensive manner.

Sangma said many of the stranded citizens and their parents are under anxiety and suffering from depression and are being pre-disposed to psychological stress due to loss of jobs, extreme hardships, sense of low esteem, uncertainty.

He also suggested constitution of a dedicated team with contact numbers under respective District Disaster Management Authority for the parents and relatives or NGOs to provide the details of the stranded students and migrant workers.

“The parents, relatives or NGOs be requested/urged upon to share the details through aggressive and appropriate information dissemination measures adopted by district authorities using all available means keeping in mind the psychological stress of the affected people,” Sangma said.

He said a similar arrangement should be made for students, migrant workers and patients who are stranded in the state capital and other parts of the state.

This should be done to ensure that they reach their respective districts besides providing separate accommodations so as not to mix them up with trapped citizens when brought back from other states.

“The arrangement for this group should be done keeping in mind the COVID-19 positive cases in Shillong,” he said.