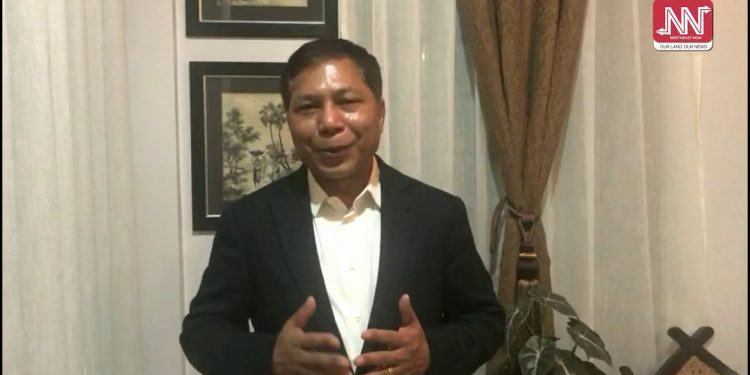 Leader of opposition, Mukul Sangma, on Tuesday, demanded the withdrawal of a petition filed by the MDA government against Meghalaya Lokayukta’s order for a CBI probe into the alleged coal racket.

Leader of Opposition and former Meghalaya chief minister Mukul Sangma also sought to know from the Meghalaya government about its “powerful person” who forced it to challenge the order of the Meghalaya Lokayukta.

Speaking to reporters here on Tuesday, Sangma questioned the delay of the investigation, which according to him is a tactic to destroy all evidence and the accused go scot-free.

“We will not allow the government to do this, and we are pressuring that the petition is withdrawn,” Mukul Sangma said.

”The state government has a mala fide intent to derail the investigation into all irregularities,” he said pointing out that people in high office are facilitating the irregularities and corrupt practices in the state.

He also alleged that the present government is not interested in constituting a full Lokayukta making the Lokayukta handicapped in its function, though it is mandated to have its own special investigation team.

Pointing out that illegal transportation of coal continues in the state, Sangma said turning turtle of a coal-laden truck on the road recently showed people are not scared of the law, because they have a negative perception that illegalities are being encouraged by the government.

Reiterating that a cartel is engaging in irregularities and corruption pertaining to mining and illegal transportation of coal, Sangma said, chief minister Conrad Sangma, who looks after mining, all the time denied the allegations, adding, “why should only the then home minister, James K Sangma, be blamed?”

“The Lokayukta is an independent anti-graft body that should not come under the command of the government. We have made this law based on the felt need of the people and collectively wanted to have an anti-graft body to check corruption in the state.”

“This law is for everybody and people in public life including elected representatives come under its scrutiny,” he said.

To a question on what the opposition will do if the petition is not withdrawn, Sangma said,

“We will see that they withdraw it. If they don’t, we know what to do and there are many more things coming up. I am demanding they should withdraw. You have the top officers, and the chief minister, who is advising whom in the government.”

“There are a number of judgments by the Supreme Court and we will invoke those provisions. Meghalaya has been known for its own fame, but today it is known as the corrupt state, which I am ashamed of,” he added.