No pre-poll alliance of NPP with BJP in any state: Meghalaya chief minister

Exuding confidence that NPP will win Tura Lok Sabha seat, 'no matter who the candidate is', Conrad said voters of the constituency have full faith in his party 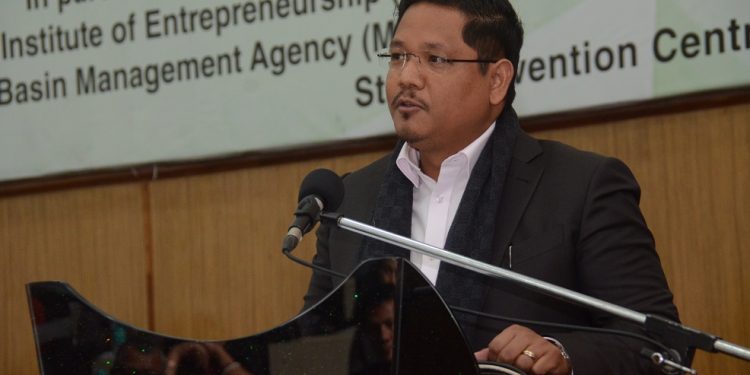 Meghalaya chief minister Conrad Sangma on Wednesday ruled out any possibility of pre-poll alliance with the Bharatiya Janata Party (BJP) in any state for the ensuing Lok Sabha and Assembly elections.

Conrad categorically said that the NPP will contest the upcoming Lok Sabha and Assembly elections in all states on the party’s own identity and ideology.

Conrad further said the NPP had also sent clear message to the BJP national general secretary, Ram Madhav, who is also the party in-charge of the Northeast, at a meeting held on Tuesday with the chief ministers from Assam, Manipur, Arunachal Pradesh and Meghalaya in this regard.

He further said that the party in all likelihood would field candidates in all the 25 Lok Sabha seats across the north-eastern states, adding that, however, it will be an uphill task for the party.

While exuding confidence that the NPP will win the Tura Lok Sabha seat, ‘no matter who the candidate is’, Conrad said that the voters of the constituency have full faith in the party.