No curfew in Shillong from 8 am on Sunday 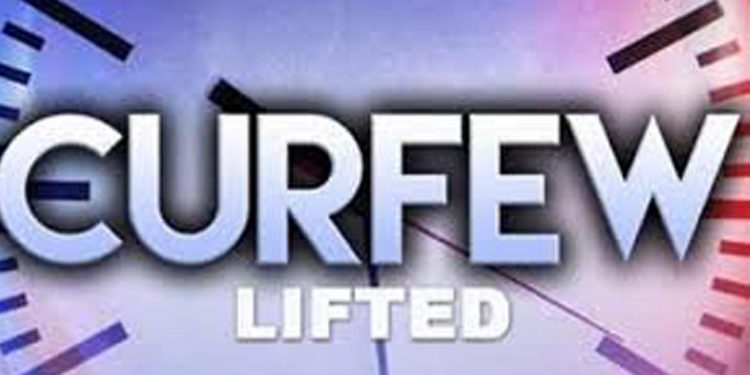 Keeping in view of the improvement in the law and order situation, the district magistrate of East Khasi Hills on Saturday announced the lifting of curfew in Shillong with effect from 5 am on Sunday.

Apart from the whole of Shillong agglomeration, the curfew will also be lifted totally from the adjoining areas of Shillong city.

In an order issued on Saturday, the East Khasi Hills district magistrate said “in exercise of the powers” conferred upon her under section 144 CrPC, she declared total withdrawal of the curfew “in the whole of Shillong agglomeration and adjoining areas w.e.f. 5:00 AM of 8th March 2020”.

Update regarding lifting of Curfew in the whole Shillong Agglomeration and adjoining areas with effect from 5:00 AM of 8th March, 2020. pic.twitter.com/crzV7iLZXK

The other areas to be free from curfew are Bara Bazar, Paltan Bazar, Jeep Stand from District Council Point leading to Motphran area and up to YMCA, Iew Mawlong and areas falling thereunder, entire Police Bazar bounded by Quinton Road to Umsohsun Bridge and from Khyndailad-G. S. Road-Boucher Road Junction.

It may be mentioned that the East Khasi Hills district magistrate imposed and re-imposed curfew in Shillong and its adjoining areas and at Ichamatai village in Shella under Sohra civil sub-division after incidents of violence reported in Shillong and Shella.

The law and order situation in the East Khasi Hills deteriorated after the killing of a Khasi Students’ Union (KSU) member at the hands of non-tribals at Ichamatai village following a clash over CAA and ILP issues during a KSU meeting at the village.