Ryntih Sports and Cultural Club from Meghalaya have on the way to fulfil all criteria laid down by the All India Football Federation (AIFF) for direct entry to play in the prestigious I-League upcoming season.

Apart from other criteria that Ryntih have fulfilled so far, the AIFF has recently sought one clarification from the club on the issue of ownership.

Ryntih along with two other clubs – Sudeva of New Delhi and Sreenidhi of Visakhapatnam – had submitted bids for direct tickets to play in the I-League.

“The AIFF has set a deadline by August 5 that we (Ryntih) should fulfill one more criteria related to ownership. We have all papers and the same would be submitted to the AIFF within the deadline. We have high hopes that we will get through to the I-League,” Ryntih’s managing director Wallambok Kharpran told Northeast Now. 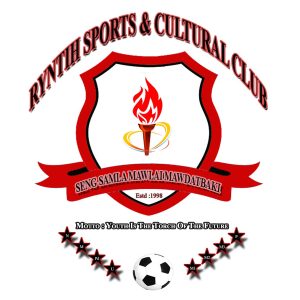 After scrutinising the submitted documents and presentations from the three respective bidders, the AIFF committee, in consultation with representatives of the bidding process consultants PricewaterhouseCoopers (PwC), will take a final decision after evaluating further the documents.

Ryntih, meaning ‘discipline’, registered officially with the Meghalaya government as a society in 1998, with a focus to open up avenues in football for budding talents of Mawlai Mawdatbaki locality.

Ryntih however started the foundation in football, much earlier than that.

In the just-completed season, Ryntih missed by a few points to clinch the Shillong Premier League title, and came third.

Kharpran said that Ryntih have also fulfilled one criteria related to international tie-up.

Transport United FC is a professional football club from Thimphu, Bhutan, currently playing in the Bhutan Premier League, the top level of football in Bhutan. 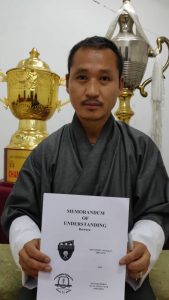 As champions in the Bhutan National League in 2017, Transport United FC had also qualified and played in the AFC Cup in 2018.

“Ryntih have no problem in appointing our head coach if we get through to the I-League. We hope that our dream will come true,” Kharpran said.