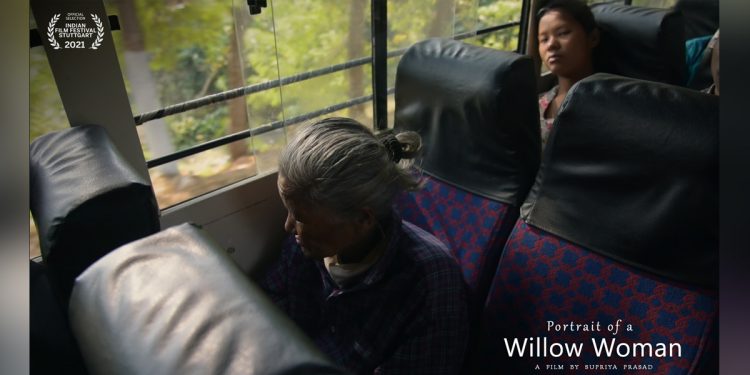 The film is also competing for the coveted German Star of India Award.

A chance encounter with an 82-year-old woman left the filmmaker with intense curiosity.

After thinking about the old lady for about a year, filmmaker Supriya Prasad finally embarked on a journey to find her and get to know her better.

The film describes the life of Deeptimoni Hajong, an old indigenous woman from Meghalaya, who lives without remorse and clings to traditional healing practices, beliefs and spirituality.

Memories and myths that have been passed on through generations are made accessible to the present and what began for the filmmaker as a search for Deeptimoni leaves her longing for more.

The film has been made in three languages – Garo, Koch and Bengali.

Surpriya Prasad, who pursued screenwriting course from Film & Television Institute of India, said she had “no idea about direction”.

“But this film began as a compulsion rather than a choice which eventually became an intensifying involuntary commitment. It’s like the story found me and I had to tell it. However, the first biggest task was to find the woman’s home (films protagonist),” Surpriya Prasad said. 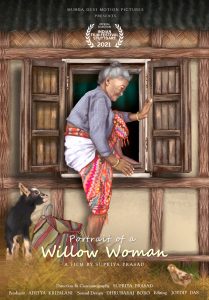 “But the struggle did not end there as I was shooting single-handedly (doing camera, sound and direction) with no crew, not even a single person and that too in a far-off village which was little unsafe,” she added.

“Before picking up the camera, I wasn’t sure if I could shoot and direct it all by myself without any prior training. But my producer, Aditya Kripalani encouraged me that I could do it and he showed immense faith on me.”

“And the budget was very tight too, so I had to do it. Also, I derived immense inspiration from Rima Das as she shoots and directs by herself and does most of the work by herself.”

“This film has been my film school in every way and taught me about filmmaking – direction, editing, camera, sound. I now know that I want to write stories and direct it myself,” Prasad further said.

With the film selection at Indian Film Festival Stuttgart, Germany, “my parents have finally been able to make sense out of it”, she said.