Meghalaya succumbs to Assam’s pressure: Entry point at Byrnihat will be shifted to another location 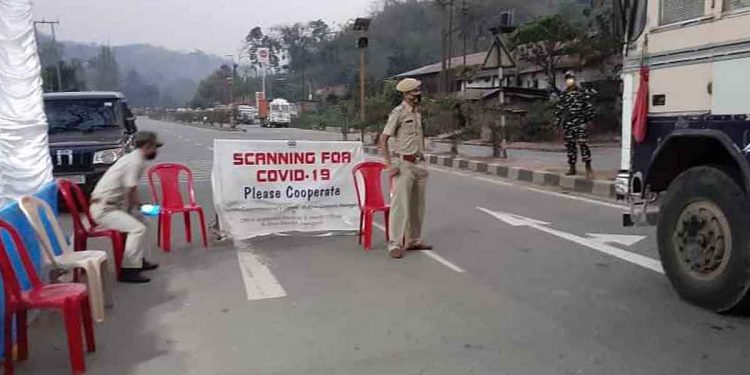 Succumbing to the Assam government’s pressure, the Meghalaya government has decided to shift its entry checking point at Byrnihat in Ri Bhoi district to another location.

Assam had earlier complained and its people even refused to co-operate with the district administration of Meghalaya at the entry point at Byrnihat, as the checking point is located on the Shillong-Guwahati national highway, where one side of the highway belongs to Meghalaya, and the other side falls under Assam.

“We have decided to shift our entry point at Byrnihat to another location near the Umtrew bridge because of complaint from the Assam government,” Meghalaya deputy CM Prestone Tynsong told reporters.

By shifting the entry checking point to another location, it would facilitate smooth movement of people and vehicles, he added.

The shifting will be done during the closure of all entry points along the Meghalaya-Assam border from July 23 midnight to July 31 midnight.

All the entry points that would be temporarily shutdown would be re-opened from August 1.

Tynsong said that closure of the entry points means that people from outside cannot enter Meghalaya.

He said, stranded citizens who want to return to Meghalaya also would not be allowed to enter between July 23 and July 31.

Tynsong said that by closing down the entry points it would unburden health workers and other frontline workers, and the district administration engaged in intensive surveillance in the past 4 months in these entry checking points.

“During the closure period, the frontline workers would be engaged in other activities like a workshop on fighting the virus through behaviour change,” Tynsong said.