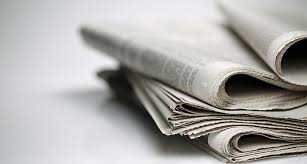 V S Nongsiej, a renowned journalist from Meghalaya, passed away in Shillong on Friday night following brief illness. He was 52.

Nongsiej, the former editor of Khasi daily Kynjatshai, breathed his last at Super Care Hospital in Shillong on Friday night.

He started his career in journalism as reporter of Mawphor and later climbed to becoming an editor of U Peitngor and Kynjatshai.

He is survived by his wife, Kwestina Warjri and two children, Godwin Warjri and Evansaralyne Warjri.

“Nongsiej has displayed utmost professionalism with his factual and objective reporting. His demise is a loss to the press fraternity of our State,” Conrad said in his condolence message to the bereaved family.

Condoling the demise of the veteran journalist, information and public relations minister James Sangma said, “Nongsiej’s vast experience working with Mawphor, U Peitngor and Kynjatshai newspapers had enabled him to contribute immensely to the state’s journalism.”

Mourning the demise, Leader of Opposition Mukul Sangma said, “I have known Nongsiej for a long time … I have lost a good friend.”

“He has been very resourceful member of the fourth estate in the state, and has been instrumental in shaping and strengthening the vibrant press that we are proud of today. His contribution will be long cherished,” the former chief minister stated in his condolence message.

On the other hand, members of the Shillong Press Club also held a condolence meeting in the press club premises on Saturday and recalled Nongsiej’s contributions in the field of journalism.

“The demise of Nongsiej is big lost not only to the members of the fourth estate but to the state as a whole,” the Club stated in its condolence message to the bereaved family.

The Club members also observed a two-minute silence as a mark of respect and prayer for the departed soul.