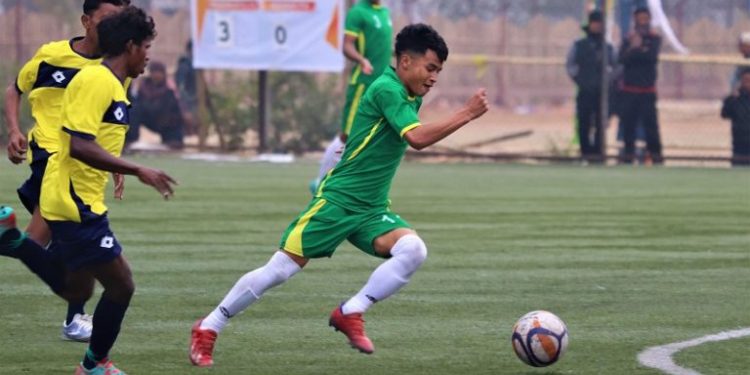 Meghalaya thrashed Odisha 6-0 on the third day of the Junior National Football Championship for the Dr B C Roy Trophy to move to the top of Group C at Third Ground in Shillong on Thursday.

Wadajied Kynsai Ryngkhlem scored the first hat-trick of the competition and fastest goal so far for Meghalaya in the game, according to reports.

After not being able to score in 90 minutes versus Haryana in their opener on Tuesday, Meghalaya wasted no time on Thursday before Ryngkhlem scored after a set-piece in the very first minute.

That was Meghalaya’s only goal of the first half as Odisha resisted well, but they could not prevent the hosts from going up 2-0 early in the second 45 minutes through Ryngkhlem again.

Nongneng then powerfully drove the ball into the net in the 69th minute before captain Kharbuli converted a spot kick after a foul on Tremiki Lamurong in the 81st minute.

Suchen then made it five for Meghalaya with a volleyed shot off a cross five minutes later before Ryngkhlem pulled off a solo effort to claim his hat-trick in the 88th.