Meghalaya opens first of its kind Orchidarium for tourists

The first of its kind Orchidarium in the entire country has been opened for tourists at 6th Mile in Upper Shillong.

Spread over a sprawling area of 6000 square feet, this state-of-the-art Orchidarium was made functional by the Institute of Bio-resources and Sustainable Development (IBSD), an autonomous institute of Department of Biotechnology under the Ministry of Science and Technology within a record time of three months.

IBSD director Dinabandhu Sahoo while interacting with mediapersons in Shillong on Monday said the Orchidarium is a unique and only one of its kind in the country having climate-controlled system and displays several species of orchids.

IBSD is promoting orchid based bio-entrepreneurship to strengthen the bio-economy of the region as a major flagship programme.

While acknowledging the prospect of cultivation of Orchids as a trade, Prof Sahoo said that Northeast houses about 900 species of orchids and Meghalaya houses 439 species alone. 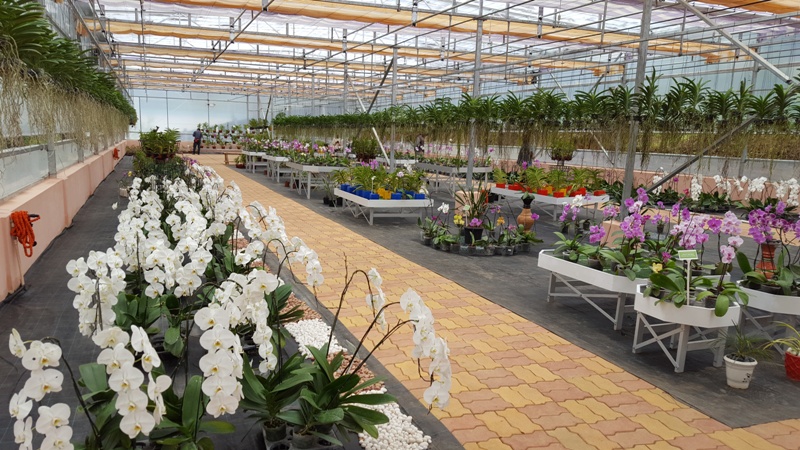 According to Sahoo, in the Orchidarium, tourists, scholars and flower lovers can view several orchid species in one place like in Thailand, Singapore, Japan, England and many other countries.

The IBSD has also come with the construction of Tree house and Bamboo house in the premises of the Orchidarium to attract tourists.

Expressing concern over the fact that many species are little known and are facing various threats both natural and anthropogenic, the IBSD director pointed out that unregulated wild collection of many species with ornamental values posed a big threat to their existence.

Prof Sahoo hoped that that through this kind of Orchidarium, students and citizens of the country would be encouraged to develop love and care for the nature and will also generate employment opportunities for many farmers and unemployed youth in the region.

Giving an estimate of orchids as a trade, Sahoo informed that the estimated global trade of floriculture is 80 Billion USD and India shares a very low pie of this stake, holding a meagre 0.6% of the total floriculture exports.

On employment opportunities through orchids cultivation, he informed that the IBSD has trained 1000 people from the North East at its centre in Manipur to excel in the field of orchid farming.

The IBSD has been able to open an Orchid Production Unit at Tura in West Garo Hills district with the help of the Meghalaya government and there is plan to open another 20 production units in the entire Meghalaya.