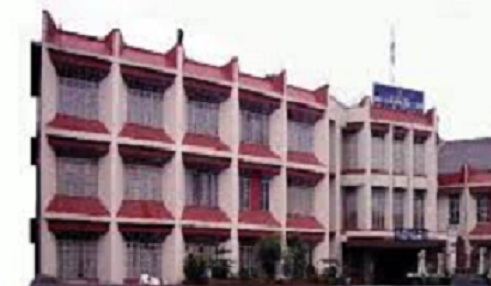 Members of the KHADC, Teiborlang Pathaw and Paul Lyngdoh on Thursday sought amendment to the Assam and Meghalaya Autonomous Districts (Constitution of District Councils) Rules, 1951 to allow the governor to appoint a protem chairman and need to sing the Khasi anthem in the state Assembly.

The Khasi Hills Autonomous District Council (KHADC) members wanted appointment of protem chairman for administering the oath of office to newly elected members of the council.

They suggested that the Khasi anthem be sung on the opening and concluding day of the council’s session.

Teiborlang Pathaw, the KHADC member from Mawlai constituency, and Paul Lyngdoh from Jaïaw constituency gave these suggestions while delivering their congratulatory speech on the election of P.N. Syiem, to the post of chairman.

Syiem is the member from Mawkhar-Pynthorumkhrah constituency.

Like Syiem, senior member from Shella constituency, Teiñwell Dkhar was also elected as the Chief Executive Member (CEM) without any contest.

Teiborlang Pathaw suggested the need to amend the Assam and Meghalaya Autonomous Districts (Constitution of District Councils) Rules, 1951, saying that like members of the State Assembly, who were administered the oath of office by a protem speaker, appointed by the governor from among the senior most members, the council should also have a protem chairman to administer the oath to newly elected members.

He also suggested that members of the council should address other members not by name, but by mentioning the constituency they represent, as a respect to the chair and the people who had elected them.

At present, the governor appoints the deputy commissioner of East Khasi Hills district to administer the oath to newly elected members.

Member from Sohryngkham constituency, Pynïaid Sing Syiem also pointed out that there were a number of rules that need to be amended, and suggested that the name of the rule book itself has to be changed immediately as it bears the name, “Assam and Meghalaya Autonomous Districts (Constitution of District Councils) Rules.”