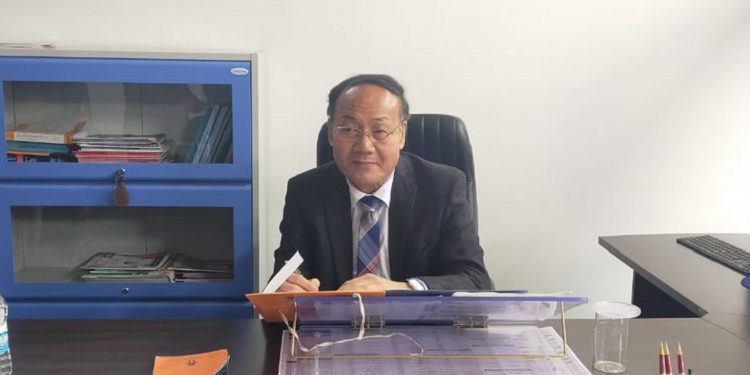 MHRC, which was established in July 2016, has now become a full-fledged Commission with Justice Vaiphei taking charge as the chairperson.

Earlier former DGP PJP Hanaman was made the acting chairperson.

Justice Vaiphei took charge in the presence of Hanaman, Member (Judicial), Baffyndalyne Giri, and officials and staff of MHRC.

He enrolled in the Bar Council of Assam in 1980 and in 1999 he was appointed as the Additional Advocate General of Mizoram.

Justice Vaiphei was elevated as Additional Judge of Guwahati High Court in 2003. He was appointed as the Chief Justice of Tripura High Court on September 21, 2016.

After his retirement in 2018, he was appointed as the Chairperson of the Assam Human Rights Commission (AHRC).