We have tried to minimise expenses this year: Meghalaya CM Conrad Sangma 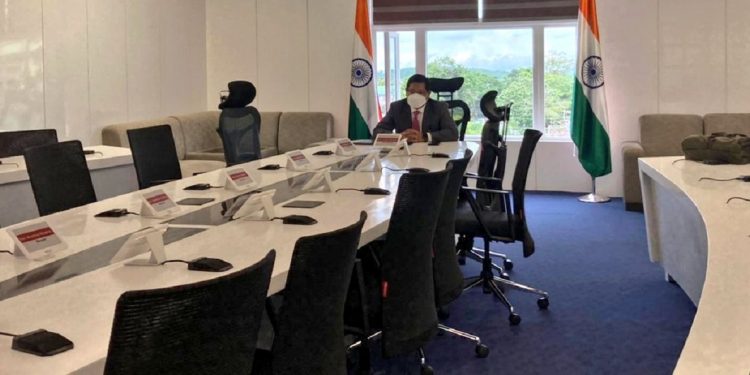 Meghalaya has incurred lesser expense this year compared to first wave of COVID-19 that hit the nation last year.

This was claimed by Meghalaya Chief Minister Conrad Sangma on Monday in Shillong.

CM Sangma informed that the Meghalaya Government has to spend nearly Rs 400 crores during the first wave of COVID-19.

He said that much of the money were spent on bringing back home residents of the State who were stuck in other States.

“We have tried to minimise expenses this year,” he added.

CM Conrad Sangma also informed that Meghalaya, at present, has a stock of 90,000 COVID-19.

“40,000 more vaccines will reach the State in a couple of days,” Sangma further said.

Conrad Sangma also reviewed the COVID-19 vaccination drive in the State on Monday. He held virtual meetings with Deputy Commissioners of all the districts.

“Encouraging to see that numbers have gone up however it needs to reach its optimum level. In the coming week we will go with a planned approach to double numbers with active participation of elected representatives,” Meghalaya CM Conrad Sangma said.