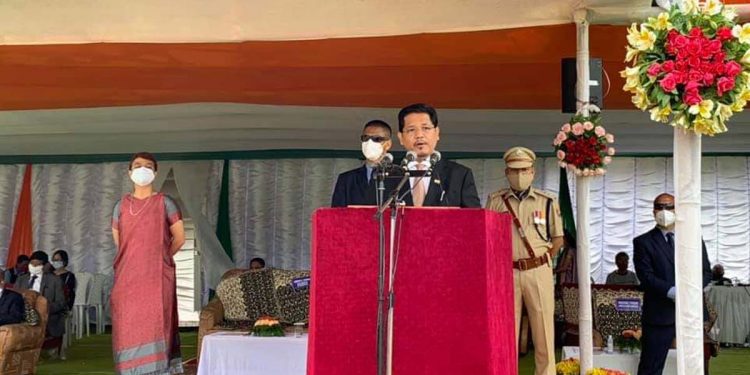 Addressing the gathering after unfurling the Tricolour on the occasion of 74th Independence Day, Meghalaya Chief Minister Conrad Sangma said that a “Task Force on the economy has been formed to suggest reforms for rejuvenating the economy in the short, medium and long-term”.

“Based on the recommendations, the state government will launch the Restart Meghalaya Mission,” Sangma added.

He further informed that the proposed “Meghalaya Mission” is a series of programmes to support farmers, entrepreneurs and others working in different fields and sectors.

He further said that the state government has been implementing various schemes and projects which include the National Rural Livelihood Mission and the Pradhan Mantri Awas Yojana.

“The Meghalaya government is also pushing the Jal Jeevan Mission and we are aiming to provide functional tap connections to 5,89,000 households in the state by 2022,” he further said.

In his speech, the CM also congratulated health and various other frontline workers for their efforts to deal with the COVID-19 pandemic.

He also felicitated 71 health workers by giving them citations in recognition of their service to the state in containing the virus.