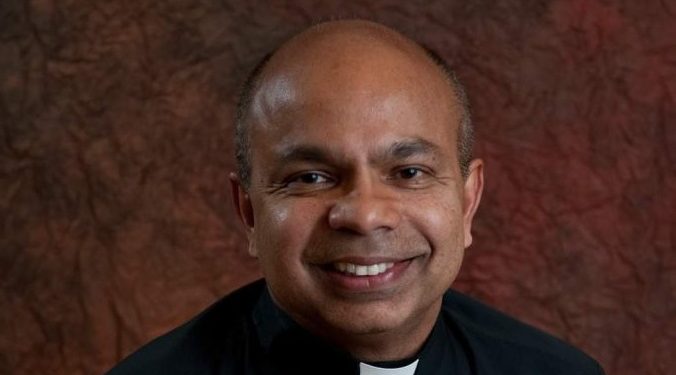 Father Mathew Vellankal, S D B, who died along with Archbishop, Dominic Jala in a car accident in California, USA was laid to rest at Randar in Kerala on Saturday.

The funeral service at home began at 1 pm, and the Holy Mass at 2.30 pm led by the Bishop of Kothamangalam Diocese as the main celebrant in the presence of over 30 Priests, besides Sisters, Brothers and faithful, according to reports.

After the funeral service and paying of tributes, Father Mathew was laid to rest at Randar near Muvattupuzha, Kerala.

Fr Mathew who belonged to the congregation of the Salesians of Don Bosco (SDB) was born at Ayavana in Eranakula District of Kerala. Ayavana is 8km away from Muvattupuzha.

Fr Mathew, and Archbishop Dominic Jala died in a car accident at Colusa County, Oakland in California, USA on October 10 at around 2.20 pm (October 11 morning in India).

A Toyota Prius where Fr Mathew, Archbishop Jala and Fr Joseph Parekkatt were travelling in was hit by a tractor-trailer truck on the California Route 20.

Fr Joseph who looks after St. Anne Parish in Walnut Creek, was injured and is recovering now.

The mortal remains of Archbishop Jala reached Shillong on the night of October 20.

On October 23, Archbishop Jala was laid to rest within the compound of the Cathedral Church of Mary Help of Christians, Laitumkhrah. Over a lakh people attended the funeral and paid their last respect to the late Archbishop.

The body of Father Mathew was brought to India this week.

Family members of Father Mathew along with Priests were in USA last week, and they accompanied the mortal remains when brought to Kerala.

Before bringing the mortal remains to Kerala, tributes and funeral service for Father Mathew were also held in the US last week.

On October 20, a vigil and prayer was held at the Holy Spirit Parish, 37588 Fremont Blvd, Fremont, and on October 21, the Mass of Christian Burial was held at St Bonaventure Catholic Church, 5562 Clayton Road, Concord.

He ministered many parishes and schools in India before going to the Diocese of Oakland, California in 2001.

Fr Mathew was known for his skills as a magician, which he used in parish fundraising. He wrote the book “From Humor to Inspiration: Jokes, Reflections and Quotes to Enliven Your Day,” published in 2005.

Fr Mathew had also worked in Khasi Hills of Meghalaya.