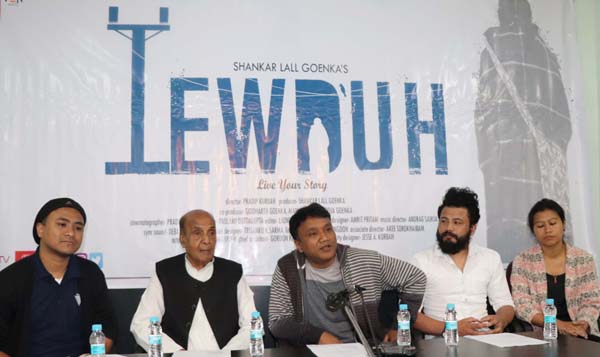 Meghalaya filmmaker Pradip Kurbah at a press conference in Shillong, said Khasi films should go beyond Meghalaya for the industry to prosper.

“We should not just depend on our state for inspiration and promotion. We should start making films beyond Meghalaya,” said the director after the shooting completion of Khasi film Iewduh.

Shankar Lall Goenka produced the film. The story revolves around the relationships people in a marketplace and living around the area share with each other.

“Taking the film outside the state is very important. I did take my last film Onaatah to many places and luckily it is now on Netflix. We expect to do the same with Iewduh. Rather than focusing more on our state, we should look beyond,” The Telegraph quoted Kurbah saying.

Iewduh which will be released at a later date will be sent to film festivals outside Meghalaya.

Iewduh (a famous market in Shillong) portrays the everyday lives of people who are heroes in some way or the other. The film’s protagonist is a person who collects money outside a public toilet, played by Albert Mawrie.