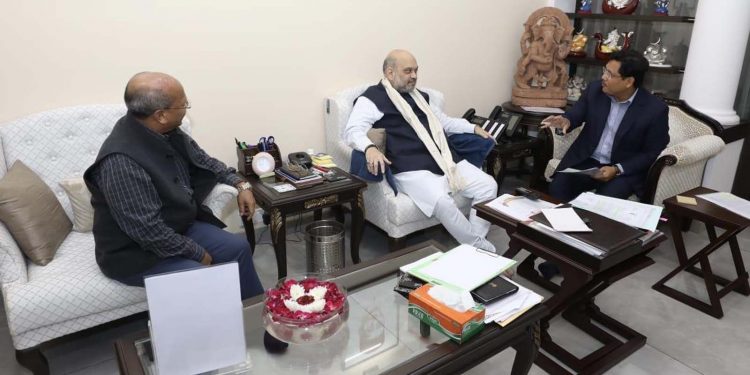 The bill has been listed to be tabled in the upcoming winter session of Parliament which will commence on Monday.

The Central government is likely to push for passage of the CAB that seeks to grant Indian citizenship to non-Muslim migrants from Afghanistan, Bangladesh, and Pakistan.

The BJP-led NDA government introduced the bill in its previous tenure.

It was passed in the last Lok Sabha but the government could not table it in Rajya Sabha following protests from different quarters.

The bill lapsed following dissolution of the last Lok Sabha.

He also invited the union home minister to come and inaugurate the police academy in Meghalaya.

While sharing a few pictures of his meeting with the union home minister, chief minister Conrad Sangma on his Twitter handle stated: “Called on Hon’ble Home Minister

“Invited Hon’ble HM to come and inaugurate the police academy in Meghalaya,” he added.

The CM apprised union minister Thakur about the financial condition of Meghalaya.

ji in Delhi and apprised him on financial position of the State and measures taken to increase revenue.”