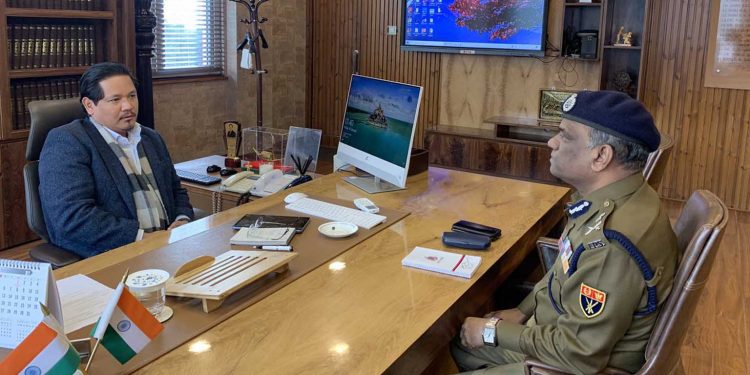 Meghalaya Chief Minister Conrad K Sangma directed the Director-General of Police to act on reports of illegal transportation of coal in the state.

In a meeting with the DGP in Shillong on Friday, Sangma asked him to instruct the superintendents of police to act strictly against the reported cases of illegal mining of coal in the state.

An inquiry has been also ordered into the alleged illegal collection at Dainadubi check gates in Garo Hills.

Speaking to reporters on Friday evening, Sangma said he and the DGP and discussed the matter related to allegations of illegal transportation of coal in the state.

“The DGP has been advised to initiate necessary measures to curtail such movements and take immediate action in the matter,” Sangma said.

“The DGP told me that necessary instructions will be passed on to all SPs concerned and strict action will be taken against any such activity if so found,” the CM added.

“I have given complete order to the DGP to ensure if there is such activity, action must be immediately taken and none of this should happen,” Sangma reiterated.

On alleged illegal collection at Dainadubi check gates, Sangma informed an order has been issued where an inquiry committee was constituted.

Sources said that the committee has been given 10 days time to complete the inquiry.