A view of the foundation laying ceremony.

Meghalaya chief minister Conrad K Sangma laid the foundation stone for the construction of the Mini Stadium at Bakennang Nalsa in Bajengdoba under the North Garo Hills district.

The development of an outdoor football stadium in the area with a dearth of sports infrastructure will create a pathway for the youth and the citizens of the region to partake in sports and physical activities, it said.

He also expressed his condolence to the bereaved family on behalf of the state government.

A two-minute silence was observed in respect of Dr. Azad Zaman.

On the upgradation of sports infrastructure, chief minister Sangma said, “To improve sports facilities across the state, the government of Meghalaya has earmarked Rs. 100 Crore for the year 2020-21, out of which, Rs. 3 Crore was sanctioned for Bajengdoba.”

The chief minister also declared that the Bajengdoba Mini Stadium will be renamed as the ‘Hamilton Stadium’ in memory of (L) Hamilton Momin for his contributions to music in Garo Hills. 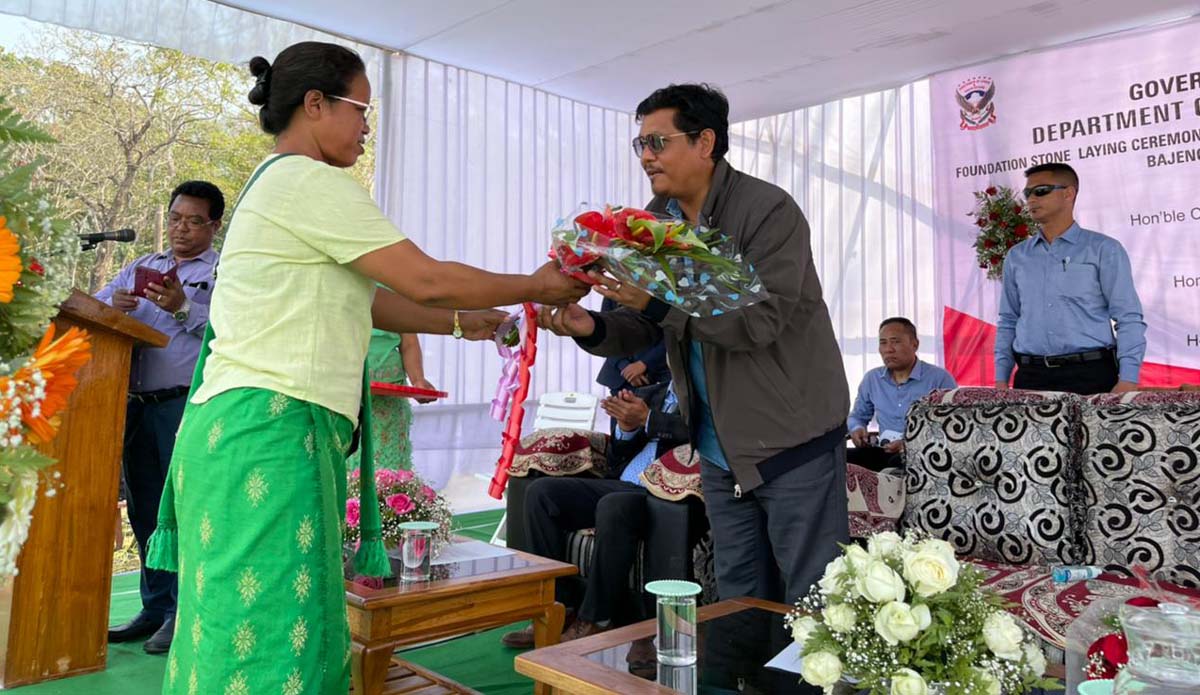 Thanking the people of Garo Hills, the Meghalaya CM announced that the new stadium will be constructed and completed positively by December 2022.

MLAs Pongseng R. Marak, Rupert Momin and other officials were also present at the event.

He said the creation of the stadium in the Bajengdoba area will benefit the youth of the entire North Garo Hills district.

Kharkutta MLA Rupert Momin in his address stated that the youth of Garo Hills have talent, however, in absence of sporting infrastructure, they are unable to unleash their talent to the full potential.

He said the creation of the new sports infrastructure will provide the youths with a platform to excel in sports and other activities.