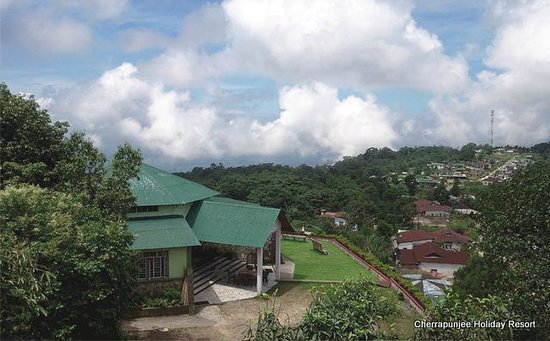 Sohra in Meghalaya is more popularly known as Cherrapunjee.

Sohra is one of the famous tourist destinations in Meghalaya. In 1829, Sohra or Cherrapunjee became the capital of the British in North East India. In 1841, modern education started in this very place with the founding of schools by Rev. Thomas Jones of the Welsh Mission.

Sohra is regarded as the cradle of Khasi language and culture. Prominent educationists and pioneers of education and literary works in the State come from this area. In independent India, Shella-Bholaganj C&RD Block which is situated here was established on April 1, 1958.  In 1974, Sohra was made the administrative Unit and in 1982, it became a full-fledged Civil Sub-division.

After the meeting, spokesperson of the Forum, Alan West Kharkongor, said that the CM has admitted that the demand was a “genuine” one which should be examined by the Government, though he expressed the State Government’s inability (to consider the demand immediately) as the financial position of the State is not sound.

Kharkongor said that it was expected that the Government would make the demand become a reality, as the creation of new district is for good governance and to bring the administration much closer to the people.

“Sohra deserved to be upgraded into a district taking into account the fact that it is a fast developing region and has contributed a lot to the State especially in term of tourism,” he said adding that the demand is gaining momentum and it has the support of the Assembly Speaker, Donkupar Roy, who is also the longest serving MLA of Shella constituency, and Sohra legislator, Gavin Miguel Mylliem.

Kharkongor said that the demand for creation of a new district would include only Shella and Laitkroh blocks and it has no connection with Pynursla.  The proposed South East Khasi Hills District has a population of over 1.5 lakh. The Forum said that the presence of the district headquarters at Sohra would boost trade and commerce and increase economic activities in the area including the southern part bordering Bangladesh, besides improvement in sectors such as healthcare, education, road connectivity, tourism and hospitality, and other vital infrastructure.

“We need to plan properly so that the new district does not suffer from various problems like congestion, pollution as being suffered by Shillong city,” Kharkongor said.