Ferdinald Kharkamni is the president of KSU Ri-Bhoi district 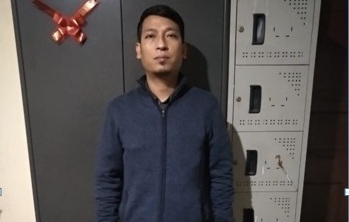 Meghalaya assistant inspector general of police GK Iangrai said after strenuous efforts of Ri-Bhoi police, they managed to locate his whereabout and arrested him from Nongpoh.

He was accused in two assault cases registered at Umïam police station.

The accused had allegedly assaulted one police officer and a head constable inside the police station recently.

Police said that the incident happened on the night of October 15 where a police officer was slapped, and the head constable was punched by the KSU leader inside the police station.

Kharkamni had absconded since the day of the incident, police said.

After the arrest, the accused is currently under police custody. Investigation of the case is on.